Home » Entertainment » Making Dances in the Shadow of Merce Cunningham

Making Dances in the Shadow of Merce Cunningham

Douglas Dunn has been making dances since 1971. His choreography has earned acclaim and awards, but presenters don’t call as frequently as they once did. That helps explains why, when Mr. Dunn was asked to present a premiere in the 92nd Street Y’s Harkness Dance Festival this year, his emotions were mixed. Gratified to have his work chosen, he was disturbed by the reason underlying the choice: that 50 years ago he danced in work by someone else.

That someone else was Merce Cunningham, a giant of American dance, whose centennial is being honored this year with performances across the globe. Throughout March, the Harkness festival is joining the celebration, featuring programs of new work by Mr. Dunn and three other choreographers — Ellen Cornfield, Jonah Bokaer and Dylan Crossman — who danced in the Cunningham company, as much as 40 years apart.

That company, founded in 1953, no longer exists, having disbanded in 2011, two years after Cunningham’s death. But Cunningham’s influence is far from dead, as these choreographers know better than most.

It’s a storied element of modern dance lineages: Dancers leave a company to become choreographers, then struggle to distinguish themselves from the company style, as children strive to differentiate themselves from their parents. Cunningham got his start dancing for Martha Graham, and was one of very few to escape her enormous shadow.

Now his shadow is huge, his influence evident in generations of choreographers who never danced for him. But for those who did — not just the Harkness four, but many others, including Karole Armitage, Neil Greenberg and Kimberly Bartosik — the anxiety of influence is particularly acute.

Some hallmarks are technical: a classical clarity, an animal alertness, a penchant for difficult coordinations of torso and feet. Some have to do with time and space, with creating what Cunningham in 1952 called “a space in which anything can happen,” like nature, which “makes a space and puts lots of things in it,” things that are “all unrelated, yet each affecting all the others.” 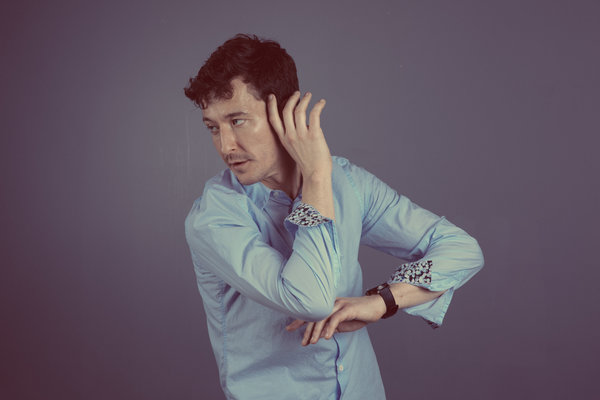 When Mr. Crossman first started presenting his own choreography and people remarked on its resemblance to Cunningham’s. Mr. Crossman wondered if he would have received such comments had he not been known as a Cunningham dancer. But wonder was all he could do, since dancing for Cunningham was his main claim to fame.

The other three Harkness choreographers might speculate similarly, but with each the Cunningham influence is unavoidably apparent. The easiest aspect to notice is the technique, which, as Ms. Cornfield explained, is “indelibly imprinted” on their bodies from years of performing Cunningham and on their minds from years of watching.

Another layer is their reaction to some of the radical methods developed by Cunningham and his partner, the composer John Cage. How strictly do they maintain the independence of dance from music, creating each apart from the other? Do they use chance procedures in choreography, making choices by rolling dice or consulting the I Ching?

Harder to sense in their work are their responses to Cunningham’s personality. He was, as Mr. Dunn characterized him, aloof and “impersonal,” not one to give much encouragement, at least not verbally. He was a man of few words, and yet the little he said was often phrased so that you might be thinking about it for the rest of your life.

In separate interviews, the four Harkness choreographers spoke of Cunningham’s example as a life-changing liberation. They all spoke of gratitude and ambivalence.

For Mr. Dunn, 76, who danced in the Cunningham company from 1969 to 1973, the impersonality was an attraction. It felt familiar: Mr. Dunn’s father was similarly distant.

“Merce never addressed us in a personal way,” Mr. Dunn said. “Even though he might be aiming a correction at someone who just fell over or something, he would say, ‘Some of you ….’”

Exceptions proved the rule. Mr. Dunn recalled a time after he had been taking class with Cunningham for months and thinking that Cunningham hadn’t noticed him, when suddenly the reserved teacher whispered in his ear, “I think your legs are getting longer.” (“Now that’s seduction,” Mr. Dunn said.)

“We never had what you could call a personal conversation,” Mr. Dunn continued, “but I would sometimes ask him things and he would answer so beautifully, as if he been waiting for that exact question.”

These kinds of responses, which Mr. Bokaer likened to Zen koans, also appealed to Mr. Dunn. “The rhetoric was brilliant,” he said. “It always left space around it. It was never prescriptive. He never told us what to think or feel.”

Mostly, there was no comment — not when Mr. Dunn grew a beard or tried something a little wacky in a less structured section of choreography or danced Cunningham’s solos in the wings while Cunningham was performing them onstage. And to Mr. Dunn, this silence felt like freedom.

When he started making his own work, he assumed it would be like Cunningham’s, “because that’s what I loved,” he said. It wasn’t at first. Then it was, so much so that he tried not to think about it anymore. Forced by the Harkness festival to look at the connections again, Mr. Dunn said he noticed the space he tries to give his dancers, requiring them to be accurate but letting them be themselves.

Ms. Cornfield, 70, whose tenure in the Cunningham troupe was from 1974 to 1982, remembered that she and her fellow dancers “always wanted Merce to be the loving daddy.” They weren’t going to get that. (Like Mr. Dunn, she has a memory of the one and only time that Cunningham praised her. “You’re getting better,” he said.)

But what they did get, Ms. Cornfield said, “was someone’s absolute truth, in a physical sense.”

“Merce was very sensitive to the states people were in,” she continued. “You could feel it when he was watching you.”

Developing as a choreographer, Ms. Cornfield said, has been a process of “shedding the part of me that wants to do it right.” A hard choice came in 2003, when she decided to stop teaching at Cunningham’s studio. “I realized that I was organizing movement material that would be appropriate for his dancers, and it was keeping me in that place as an artist,” she said.

Since then, she’s experimented with gestures and shows of emotion that diverge from Cunningham’s example. But it can be difficult for her to separate what’s his from what’s hers. Making a dance and adding music later makes sense to her, she said, because she grew up in a rural environment, dancing to the sounds of nature. Part of her new dance, when two different trio sections happen at once, is “definitely an homage to Merce.”

When Mr. Bokaer joined the company in 2000, at 18, he was the youngest person ever to do so. He was also, to his knowledge, the only person of Middle Eastern origin. In the years since he left the company, in 2007, he said, it’s the second distinction that has loomed larger, as his work as a choreographer, including what he has planned for the festival, has grown to stress identity in ways that Cunningham never did.

Mr. Bokaer, 37, drew a stark contrast between Cunningham’s mentorship and that of the experimental theater director Robert Wilson, with whom he’s worked closely since 2006. Where Cunningham was “monastic and reserved at best,” Mr. Wilson gives “an overabundance of communication and clarity”: copious notes, shoptalk at all hours, warmth.

“But what I appreciated about Merce’s way,” Mr. Bokaer said, “was that it opened up a whole plane of animalistic intuition that was very intense.” Sometimes, Mr. Bokaer’s dancers remark on the space and freedom in his work. “I would like to think that’s something I received from Merce,” he said.

Mr. Crossman, 34, was among the last dancers to be hired by Cunningham, joining the company a month before Cunningham’s death and staying through the farewell tour. Yet for two years before he joined, he was one of four helpers working with Cunningham, who was nearly 90, every day as he continued to choreograph.

“I think we had a more fun, storytelling, grandfatherly version of Merce than maybe other people did,” Mr. Crossman said. “We had more input, because it made it easier for him. Our asking questions accelerated the process.”

Still, if “Merce Cunningham is watching you, you go 300 percent all the time,” Mr. Crossman said, and the principle of always giving everything is one he holds for his dancers and himself.

Working for Pam Tanowitz, a prime example of a choreographer who never danced for Cunningham yet is heavily influenced by him, Mr. Crossman said he felt freer to take liberties and bring more of himself to the work.

Mr. Crossman’s piece for the festival addresses politics as Cunningham never did, but his aesthetic preference for presenting virtuosic people, rather than characters, as much as his use of chance and separating dance from music, certainly derives from Cunningham.

So much does. For years, Mr. Dunn told a story about his last performance with the Cunningham troupe, in which Cunningham gave him a solo but then ended up dancing himself at the same time. Mr. Dunn used to tell the story as one about the mercurial, possibly vindictive Merce, until the writer Nancy Dalva suggested that Mr. Dunn think of the episode not as Cunningham upstaging him, but as Cunningham dancing with him.

That’s how Mr. Dunn prefers to think of it now, which is wise, since he and his fellow Cunningham alums will always be dancing with Merce.