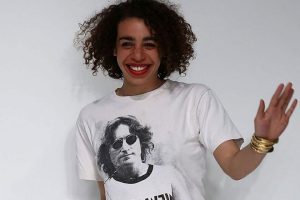 Today, it was announced that Martine Rose has been tapped to be Pitti Uomo 103’s guest designer this upcoming January. Taking place in Florence, Italy, the Jamaican-British designer is set to unveil her Fall/Winter 2023 collection for her eponymous label.

“At the first meeting with Martine for the special event in Florence, we ended up talking more about family, schools, daily shopping and cycles of life in popular neighborhoods than about fashion shows,” said Lapo Cianchi and Francesca Tacconi, Pitti Immagine’s special project heads. “Yet it was evident how all this was closely related to her work, a cognitive and emotional baggage that mixes with great creative freedom with social and cultural thoughts and that is reflected in her collections, where even the most conflicting inspirations and inclinations come to a solution, at a temporary coexistence and each time to be rebuilt. In short, a sort of inverse canon, a very interesting work of and on fashion.”

From reimagined tailoring to contemporary hybridized sportswear silhouettes, Rose’s unique design vision has caught the eyes of fashion denizens big and small. Most notably, it has been circulating for some time that Rose is a contender for Louis Vuitton’s Menswear Director role. Due to the designer’s growing acclaim since starting her eponymous label in 2007, it only makes sense that she be enlisted as a guest designer for Pitti Uomo’s trade show.

“I’m so honored to be showing as part of Pitti Uomo in January,” said Rose. “Pitti were celebrating men’s design way ahead of the curve and many of the designers I respect have been a part of it. We are all so excited to come to Florence, a city I love, with our next collection!”