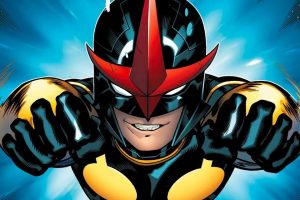 Nova is officially joining the Marvel Cinematic Universe. In a recent report from Deadline, the new project is expected to be penned by Moon Knight‘s own scribe, Sabir Pirzada.

Nova first appeared as a comic book character in the 1976 issue of Super Adventures. He was a member of a the intergalactic police force, Nova Corps, where he gained superhuman strength, flight and injury resistance capabilities. While there has not been many instances where the character has found itself crossing paths with the MCU, audiences did catch a glimpse of Nova in 2014, Guardians of the Galaxy. The character will also appear in upcoming Marvel projects including Captain Marvel and the limited series, Secret Invasion.

It is currently unknown as to whether or not this project will be a feature film or a Disney+ limited series. Kevin Feige is of course, slated to produce the project.