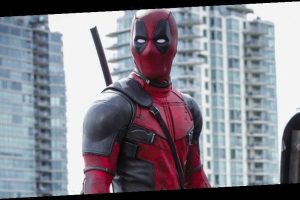 Marvel Studios‘ Kevin Feige has officially confirmed the highly anticipated Deadpool 3 film will be part of the Marvel Cinematic Universe.

Kevin Feige spoke out about any confusion over whether or not Deadpool 3 will be included in the MCU, since Marvel films do not typically cross into R ratings. Fans of the Deadpool franchise and its dark, and often crass humor, will be excited to hear that Ryan Reynold‘s character will carry over his style of humor to the MCU.

Feige has confirmed that the movie will maintain its R-rating in a recent interview stating, “It will be rated R and we are working on a script right now, and Ryan’s overseeing a script right now.” However, he also mentioned that the filming will not take place this year due to Reynold’s busy schedule and the current repertoire of ongoing Marvel projects. Ryan Reynolds confirmed the news that Deadpool will be joining the MCU as an R-rated movie in a recent Instagram post, further putting any fears to rest.

While Deadpool 3 has not been pushed into production yet, fans of the MCU can anticipate the stockpiles of releases lined up for the year. This month, WandaVision is set to debut on Disney+ on January 15, with The Falcon and the Winter Soldier hot on its tail with a March release. As far as movies go, Black Widow is scheduled to arrive on the streaming platform on May 7. Projects currently underway include Spider-Man 3 and Doctor Strange and Shang-Chi and the Legend of the Ten Rings and Eternals.

In other Kevin Feige announcements, check out what he has planned for Black Panther 2.
Source: Read Full Article