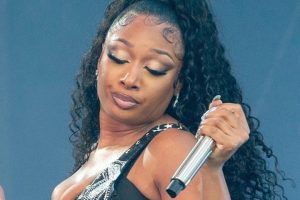 Megan Thee Stallion has now officially been given the green light to release her remix of BTS‘ chart-topping “Butter.” Her record label, 1501 Certified Entertainment, recently tried to prevent the artist from dropping the song, however, Megan took to the court to file a petition against the label and CEO Carl Crawford.

According to Variety, the song which is set to drop by the end of this week, was believed to not be a good release for the female rapper. Megan argues that the label was trying to get six figures out of her in return for letting her drop the song. The court filing read that she is seeking “emergency relief from the Court before this Friday, August 27, 2021, to allow her new music to be released this week as previously-scheduled.” The document also cites “irreparable damage” to her career if the release is blocked.

This is not the first time Megan Thee Stallion has faced public legal disagreement with her 1501 record label. Just last year, the artist sued the label for allegedly preventing her from delivering her EP Suga and was even granted a temporary restraining order. She is still under contract at 1501 despite the ongoing legal battles.

Elsewhere in music, Billie Eilish has dropped the official trailer for Happier Than Ever: A Love Letter to Los Angeles.
Source: Read Full Article