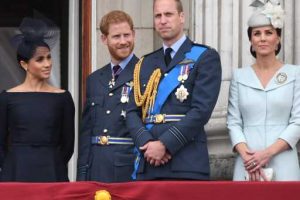 If we’ve learned one thing from last night, it’s that the British press can be extremely brutal. Meghan Markle and Prince Harry’s interview with Oprah Winfrey revealed many shocking details about the royal family and inaccurate press coverage. And now, in new footage released this morning, Markle compared her experience with the press to Kate Middleton’s experience — and pointing out how very different it was. 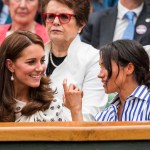 On CBS This Morning, Oprah released extended footage from the interview, and one particular moment is gaining a lot of attention. If you’ve been following the royal family for a long time, you may remember that before Middleton’s engagement to Prince William, she was referred to as ‘Waity Katie’ by the media. When asked why Markle and Prince Harry “couldn’t make peace with [the press]” the way the rest of the royal family apparently has, Markle brought up the differences in their experiences. “Kate was called ‘Waity Katie’ waiting to marry William,” she said. “While I imagine that was really hard — and I do, I can’t picture what that felt like — this is not the same, and If a member of his family will comfortably say ‘we’ve all had to deal with things that are rude’ — rude and racist are not the same.”

Markle also re-emphasized their lack of support and how they were not given the same resources as other members of the family. “Equally, you’ve also had a press team that goes on the record to defend you especially when they know that something is not true, and that didn’t happen for us.”

We can’t help but wonder how things may have played out differently for the pair if they were defended from false media claims and more heavily supported by the royal family. We can only hope change is on the horizon for the royal family and British press, and we cannot wait to see what Markle and Prince Harry do with their platform Archewell.