Meghan Markle Says Royal Family Lied For Others, But Wouldn’t Protect Her

Meghan Markle said in an explosive interview with Oprah Winfrey that the British royal family tried to silence her, refused to protect her and Prince Harry, and lied to protect other members of the family.

“They were willing to lie to protect other members of the family, but they weren’t willing to tell the truth to protect me and my husband,” she said on Sunday’s “Oprah With Meghan and Harry: A CBS Primetime Special.”

She said that “everything started to really worsen” when she and Harry were married in 2018.

She described the royals’ structure as being divided into two parts: the family and the “people running the institution.”

“Those are two separate things and it’s important to be able to compartmentalize that because the queen, for example, has always been wonderful to me,” she said.

In a previously released clip from “Oprah With Meghan and Harry: A CBS Primetime Special,” Winfrey asked the duchess how she felt “about the palace hearing you speak your truth today?”

“I don’t know how they could expect that after all of this time we would still just be silent if there is an active role that The Firm is playing in perpetuating falsehoods about us,” Meghan said. “If that comes with risk of losing things, I mean ― there’s a lot that has been lost already.” 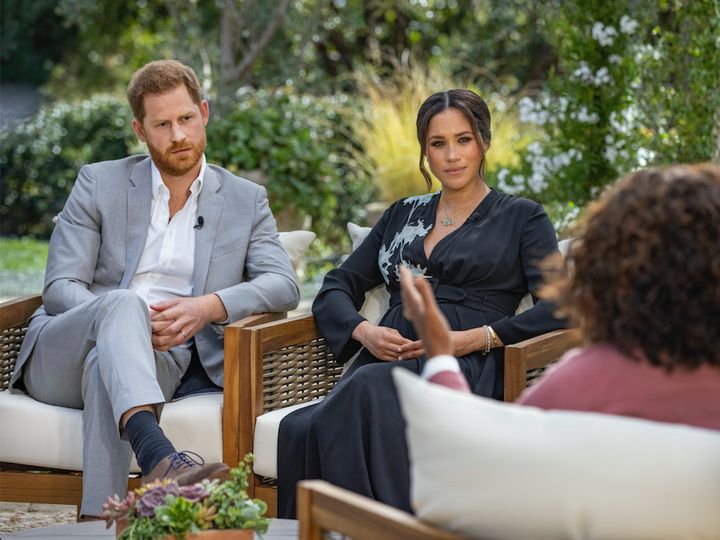 In legal filings from her lawsuit against Associated Newspapers, Meghan’s lawyers previously gave insight into the duchess feeling “unprotected” by the palace during her first pregnancy.

Her legal team said that the duchess became “the subject of a large number of false and damaging articles by the UK tabloid media” while pregnant and was left unable to defend herself from “hundreds of thousands of inaccurate articles” because of the palace’s communications policy.

All this caused her “tremendous emotional distress and damage to her mental health,” her lawyers said.