Meghan Markle's Long-Awaited Podcast Is Finally Coming Out This Summer 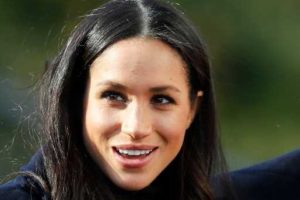 Do you remember the one podcast Meghan Markle and Prince Harry put out on Spotify in late 2020? Many people have forgotten that one-off special, but the couple has decided to stick with the platform after recent COVID-19 misinformation was being broadcast on Joe Rogan’s show.

After the controversy, the couple’s spokesperson told The Hollywood Reporter that the Duke and Duchess of Sussex had relayed their “concerns to Spotify to ensure changes to its platform are made to help address this public health crisis. Spotify stepped up with content advisory labels, but high-profile stars like Ava DuVernay, Neil Young and Joni Mitchell exited in protest of Rogan’s erroneous reports about the pandemic. Despite the celebrity exodus, the royals shared that they “are committed to continuing our work together as it does.”

That means getting Meghan’s podcast up and running by this summer with new producers at the helm to help lead her to success. This will be her solo project and not a show that she co-hosts with Harry, although we wouldn’t be surprised if he makes a cameo every once in a while. The name of the show hasn’t been released, but a job listing for a producer promised the series would focus on “high-profile women,” according to Variety.

The couple’s Spotify contract is in addition to their Netflix production deal where they have two projects in the works: a documentary on the Invictus Games and an animated project, Pearl, which will celebrate historical female figures. So, despite the delays of a pandemic, maternity leave and the Spotify issues, the Sussexes are ready to get down to work.