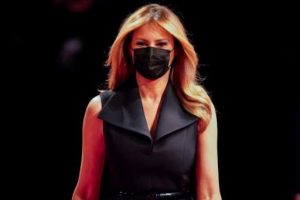 As the COVID-19 pandemic raged across America and the world, lockdown restrictions made gathering in large groups nearly impossible by the end of 2020 — except, of course, if you happened to be in the restriction-free zone known as Donald Trump’s White House. Throughout the holiday season, beginning with a Nov. 8 election night party and continuing through Christmas, the White House acted as the backdrop for a series of large, festive gatherings that would not have been permitted to happen in commercially-run buildings. At the time, former First Lady Melania Trump was credited as the mastermind behind these gatherings (though no one was under any allusions about how she felt regarding the dignity of such a task) — but new Trump tell-all by Wall Street Journal reporter Michael C. Bender Frankly, We Did Win This Election reports that it was actually Melania who fought these parties the hardest, only to ultimately yield to husband Trump’s decision. 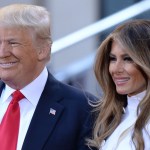 Describing Melania’s return back to Washington D.C. from Florida for election night, Bender notes the fight the former first lady put up against gathering people at their 1600 Pennsylvania Ave. address.

“Hundreds of people were coming to the White House that night for an election party she’d tried to stop, but in the process had been trampled by Meadows, Jared, and ultimately her own husband,” Bender writes. “If it was up to her, there would be no White House parties during the pandemic. Technically, social events in the White House were the purview of the first lady’s office. But it was a fight in which she was never successful.”

Reportedly, Melania did what she could to mitigate the impact of the suite of holiday parties Trump and his colleagues were determined to have: “Even after her husband lost, she couldn’t stop the holiday parties. Melania successfully cut the invite lists down from 1,000 or so to around 200. But that just seemed to make the invites all the more desirable. When South Dakota governor Kristi Noem wanted to attend multiple Christmas parties and refused to take no for an answer, Melania gave in to that, too.”

In early October of 2020, both former president Trump and Melania had tested positive for COVID-19, though he was reportedly in much more severe condition than his wife. Even so, Melania’s bout with the illness appears to have been sufficient to awaken her sense of caution in the months that followed. For her husband, less so.

Bender describes how the final showdown over the Nov. 8 election night party went down via a short phone call: “Four days from the election, Trump called his wife from Air Force One as he flew from a rally in Michigan to another in Wisconsin.”