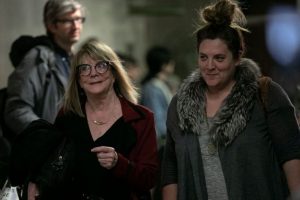 NEW YORK (REUTERS) – A psychology professor called by the defence as an expert witness at the New York rape trial of Hollywood mogul Harvey Weinstein testified on Friday (Feb 7) that people’s memories can become distorted.

Professor Elizabeth Loftus, a human memory expert at the University of California, Irvine, told jurors that receiving misinformation about an event, trying to remember it in therapy and discussing it with law enforcement can all distort memory.

“I’ve seen a situation where people are motivated to want to try to remember more,” Loftus said, leading them to fill in “details that feel like memories”.

Since 2017, more than 80 women have accused Weinstein of sexual misconduct.

The former producer, known for films including The English Patient and Shakespeare In Love, has denied any non-consensual sex.

His trial is widely seen as a milestone in the #MeToo movement in which women have accused powerful men in business, entertainment, media and politics of sexual misconduct.

Although Loftus did not testify about specifics in Weinstein’s case, she told jurors that strong emotions around a memory were no guarantee of its accuracy.

“There are several studies that show false memories can be expressed with a great deal of emotion,” she said.

An event “can be remembered as being more upsetting or traumatic than it was at the time,” she said.

Under cross-examination, Loftus said that people are likely to remember the core of a traumatic memory correctly, even when details surrounding it become distorted.

Prosecutors rested their case against Weinstein on Thursday, after calling six accusers to testify against him over a period of two weeks.

The defence began presenting its case on Thursday.

Mann testified that Weinstein raped her in 2013 in the course of a years-long relationship and Haleyi said that he forced oral sex on her in his Manhattan home in 2006.

Actress Annabella Sciorra testified that Weinstein violently raped her in her own home in 1993 or 1994. Though that accusation is too old to be charged as a separate crime, prosecutors hope it will show Weinstein is a repeat sexual predator, the charge that could put him in prison for life.

Three other women who are not part of the criminal charges, Dawn Dunning, Tarale Wulff and Lauren Young, testified that Weinstein sexually assaulted them. Prosecutors presented their testimony as evidence of Weinstein’s intent.

Jurors heard from one other defence witness on Friday, a forensic document analyst who identified instances in Haleyi’s 2006 calendar in which she had scribbled over references to Weinstein.

Damon Cheronis, one of Weinstein’s lawyers, suggested in his opening statement last month that Haleyi was trying to hide evidence of her contacts with Weinstein after the alleged assault.

The defence is expected to call more witnesses next week before wrapping up its case.