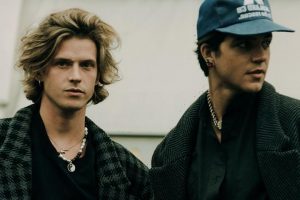 Paris Fashion Week ended as a star-studded affair for the Fall/Winter 2022 season.

As fashion week continues to pick up in the time of COVID, this season was a nostalgic one to remember. Amongst the catalogues showcased at PFW, Louis Vuitton unveiled its final Virgil Abloh collection, bringing the late designer’s final dream to life in an archive honoring tribute show. Rounding out the week, KENZO ushered in a new era with NIGO‘s debuts his collection as the fashion house’s creative director. Some of culture’s biggest fashion icons including Pharrell Williams, Kanye West and Tyler, the Creator, showcased their best renditions of understated elegance on the streets of Paris as they attended the week’s biggest shows.

This season’s showgoers proved that less is more. Many paired outfits with one or two simple statement pieces, whether it be a bold accessory such as a snakeskin, Dior saddle with a simply tailored suit, a checkered overcoat dressed on top of a black and white sweater and pants pairing, or just a floral patterned sweater over trousers, attendees have once again set the trend for minimalism. Puffer jackets and vests were a popular choice this season, both for their functionality and comfort. Box cut leather jackets were common, however, the style stood out in color accents and simple patchwork designs. Relaxed tailoring still proved to be a popular choice amongst both men and women showgoers.

Take a scroll above at some of the best Men’s Paris Fashion Week street styles from this season.

In case you missed it, here are some of the best street style looks at Milan Fashion Week FW22.
Source: Read Full Article