Meta Sued for $3.2 Billion USD Over Claim That U.K. Facebook Users Were “Exploited” 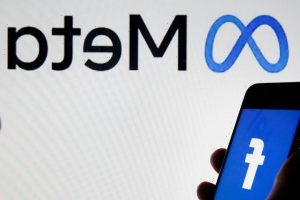 Meta has been hit with a $3.2 billion USD class action lawsuit, The Guardian reported. The suit alleges that the company breached competition law by exploiting the data of 44 million Facebook users in the U.K. between 2015 and 2019.

The suit was filed by legal specialist Dr. Liza Lovdahl Gormsen with the litigation firm Innsworth. As the main social network in the U.K. and owner of other social networks such as Instagram and Whatsapp, Lovdahl Gormsen said that Facebook tracked the habits of users across websites and “abused its market dominance to impose unfair terms and conditions on ordinary Britons giving it the power to exploit their personal data.”

“They are exploiting users by taking their personal data without properly compensating them for taking that data,” Lovdahl Gormsen said in a statement provided to The Guardian. “I don’t think the users are entirely clear when they click on the terms and conditions how unfair that deal is.”

As an “opt-out” class action suit, users don’t have to join the case and will receive damages if it’s successful, unless they choose to opt-out.

Meta was notified of the case by lawyers working with Lovdahl Gormsen.

“People access our service for free. They choose our services because we deliver value for them and they have meaningful control of what information they share on Meta’s platforms and who with. We have invested heavily to create tools that allow them to do so,” a Meta spokesperson said, per The Guardian.

In other tech news, CASETiFY has teamed up with [email protected] for a tenth anniversary capsule.
Source: Read Full Article