Home » Entertainment » Metro Boomin Logs His Biggest Debut Week Yet With 'Heroes & Villains' at No. 1

Metro Boomin Logs His Biggest Debut Week Yet With 'Heroes & Villains' at No. 1 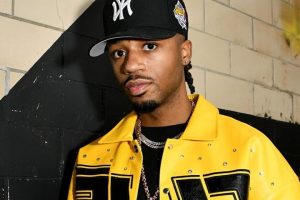 Metro Boomin is opening this week’s Billboard 200 at No. 1 with his latest studio album, Heroes & Villains.

Metro effectively dethrones Taylor Swift who moves down to No. 2 followed by Drake and 21 Savage at No. 3, Bad Bunny at No. 4 and Michael Bublé at No. 5. Making up the bottom half of this week’s top 10 are Harry Styles, Morgan Wallen, The Weeknd, Nat King Cole and Mariah Carey at Nos. 6 to 10, respectively.