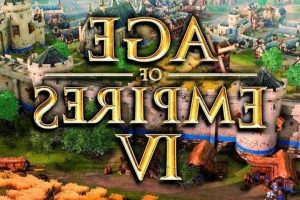 The trailer to Microsoft‘s upcoming strategy game Age of Empires IV has just been released, offering a good look at its impressive gameplay.

Microsoft and Relic Entertainment developed the game, and they’ve stayed mostly faithful to the same formula of the franchise title, while, of course, building on it with new features. For starters, players will get to enjoy 4K and HDR-quality visuals, which is a significant step-up from previous versions of the title. The game will also feature narrated documentaries throughout the campaigns, complemented with accurate time-period languages, so players can look forward to history lessons as they play. Age of Empires IV will be centered around the Middle Ages, where players will start with small agrarian societies and build up to big castles and empires.

According to sources, there are going to be eight civilizations, four of which have been disclosed, so far: Delhi Sultanate, Mongols, Chinese and British. The former civilization is entirely new for the franchise, and it will include detailed elephant units. Mongols, as nomadic people, will be able to pack up and move their buildings. There are a handful of other new features, too, like “stealth force,” which lets players plan ambushes; and “wall combat,” where units can fight from above castle walls.

There’s no exact release date yet, but Age of Empires IV is expected to land sometime in fall 2021.

In case you missed it, Microsoft is reportedly in talks to acquire Discord for over $10 billion USD.
Source: Read Full Article