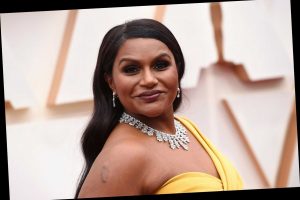 Mindy Kaling may have just taken down a critic on Twitter in the most boss way possible.

The actor and writer was announced as a cast member in the upcoming animated “Scooby Doo” prequel series “Velma,” sending social media into a tizzy. The show, slated for HBO Max, will star Kaling as the voice of Velma.

When the popular film Twitter account @DiscussingFilm shared the news on its page Monday, one not-quite-fan responded by saying, “starring Mindy Kaling?” and posting a gif from “The Office” showing Steve Carell’s Michael Scott shouting, “No!”

Not missing a beat, Kaling responded: “I wrote the episode of The Office this gif is from.”

The provoking tweet has since been deleted, but it has been immortalized in other ways on Twitter because, as we all know, the internet is forever.

In addition to starring in the “Scooby Doo” prequel, Kaling will also be executive producer. You can learn more about the upcoming series here.