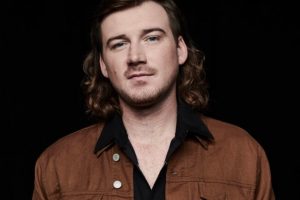 Whiskey. Bourbon. Beer. Tequila. Pickup trucks. Bars with jukeboxes. Boots. Rivers. Starry skies. A small-town Southern drawl. And a lot of girls: in bars, in trucks, in boots, by rivers, under starry skies and very fond of a drawl. Morgan Wallen, born and raised in Sneedville in eastern Tennessee, the son of a Baptist pastor, determinedly checks off backcountry bona fides in nearly every one of the 30 songs (32 on a deluxe version) on his second album, “Dangerous: The Double Album.” In America’s rural-urban divide, there’s no question which side he’s on.

Wallen’s small town is an idyllic fantasy, an escape to a rural Neverland. It’s a place of red-dirt roads and unlocked doors, a refuge from the pretensions and snobbery of cities, a home for simple pleasures like fishing, drinking and sex. That homey backwoods southland isn’t Wallen’s territory alone. He shares it with plenty of country hitmakers, notably the members of Florida Georgia Line, who have been Wallen’s boosters and guest singers and rely on many of the same collaborating songwriters.

Wallen, 27, has staked out his small-town territory decisively and repeatedly. His first hit single — after he gained national visibility as a contestant on “The Voice” in 2014 — was “The Way I Talk” in 2016, which proclaimed, “I ain’t ashamed, matter of fact I’m damn proud/of the way I talk, y’all.”

He reaffirmed his priorities in the first single he released from “Dangerous” back in May. A huge country hit, “More Than My Hometown” chooses residence over romance. Its cover showed a highway sign pointing to Sneedville; its lyrics tell the girl he loves that he’s letting her go where the “bright lights called” her because “I can’t love you more than my hometown.”

In real life, Wallen has grappled with temptations beyond small-town life. He was arrested and charged with public intoxication and disorderly conduct in downtown Nashville: The incident was an inspiration for the song “Dangerous,” where he warns himself he’s better off not going out. In October, he lost his first chance to perform on “Saturday Night Live” after showing up on social media partying without a mask celebrating a football game in Tuscaloosa, Ala. The show soon invited him back.

His music doesn’t come from some rural front porch. It’s a modern Nashville studio product, aimed for radio playlists and, eventually, big concert spaces. “More Than My Hometown” works up to an arena-sized march like a Bruce Springsteen song with just a little extra guitar twang. Wallen’s voice is as much rock as country, arriving with a grunge rasp; his main producer, Joey Moi, made hits with Nickelback.

Amid the dozens of songs on “Dangerous,” there’s ample room for variety. Wallen offers fingerpicking and soft-rock country with “Somebody’s Problem” and “7 Summers,” intricately layered Eagles-style country-rock with “More Surprised Than Me” and “Your Bartender,” a Southern-rock stomp with “Beer Don’t.” He also ventures, now and then, into more electronic territory like “Warning,” which has a programmed, twitchy, near-trap beat; with its minor key and “ooh” backup vocals, a few swapped instruments could turn it into a track for the Weeknd.

For nearly the entire album, Wallen stays strictly in character as a hard-drinking, tenderhearted small-town guy. A stretch of songs during the album’s second half, with titles like “Rednecks, Red Letters, Red Dirt,” “Somethin’ Country” and “Whatcha Think of Country Now,” grow heavy-handed. But every so often, he allows for other possibilities. He remakes Jason Isbell’s song “Cover Me Up,” originally a waltz with keening pedal steel guitar that apologizes for abusive behavior as the singer vows to stay sober and confesses a deep vulnerability; Wallen turned it into a video about a veteran’s post-traumatic stress.

And just before the album ends, he sings “Livin’ the Dream,” a bitter debunking of pop success: “Between alcohol and women and Adderall and adrenaline, I don’t really get no rest,” he sings. “Signed my life away to be the life of the party/Yeah, to everybody else.” For a few minutes, it seems he’s unmasked in a different way.