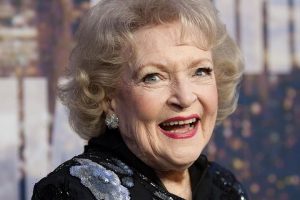 In memory of Betty White, who died on December 31, 2021 in her Los Angeles home just weeks before her 100th birthday, NBC will be airing an episode of Saturday Night Live hosted by the late comedian back in 2010.

The episode originally aired on May 8, 2010, and featured White as the main host with Jay-Z as musical guest. 88 years old at the time, she became the oldest comedian to helm the show, which also brought back former cast members including Amy Poehler, Tina Fey, Molly Shannon, Maya Rudolph, Ana Gasteyer and Rachel Dratch. The Golden Girls actress was chosen for the show after appearing in a popular Snickers Super Bowl ad that spurred the online community to start a petition for an episode of SNL based around her, and she ultimately appeared in every single skit of the episode, drawing in more than 12 million viewers.