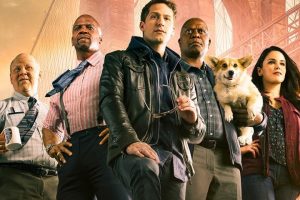 NBC has shared a brand new trailer for the eight and last season of its revered comedy cop show, Brooklyn Nine-Nine.

Entitled “One Last Ride,” the two-minute visual begins with Boyle (Joe Lo Truglio) admitting his worries to Jake (Andy Samberg), who’s now a father, about their time together getting cut short. It also teases the upcoming problems the rest of the 99th precinct will deal with, including Captain Holt (Andre Braugher) discussing with Rosa (Stephanie Beatriz) how he accidentally a nude photo of himself, Amy (Melissa Fumero) and Terry (Terry Crews) being forced to train the Hitchcock (Dirk Blocker) and Scully’s (Joel McKinnon Miller) of the other districts and Jake and Amy figuring out parenting. Fans can also expect appearances from guest characters such as Adrian Pimento (Jason Mantzoukas), Doug Judy (Craig Robinson) and former civilian administrator Gina Linetti (Chelsea Peretti).

Executive producer Dan Goor announced the news of the final season in February 2021, writing, “Ending the show was a difficult decision, but ultimately, we felt it was the best way to honor the characters, the story and our viewers. I know some people will be disappointed it’s ending so soon, but honestly, I’m grateful it lasted this long. Title of my sex tape.” Brooklyn Nine-Nine was also named one of HYPEBEAST’s 10 must-watch TV shows this year.