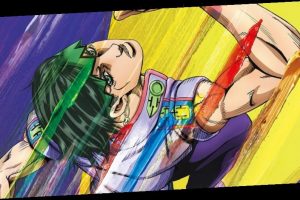 Over the week, Netflix livestreamed its 2020 Anime Festival event in Japan, highlighting some of the newer category’s success on the streaming platform along with announcing five new original titles arriving in 2021.

Recounting its success over the last year, the company said that over 100 million households across the globe watched at least one anime title in 2020, with various shows from the genre appearing in the Top 10 list for more than 100 different countries.

“In just four short years since launching our creative team in Tokyo, Netflix has expanded the reach and overall audience of anime – a category conventionally seen as niche,” said Taiki Sakurai, anime chief producer at Netflix. “Given the success of shows such as Seven Deadly Sins and Baki, we are excited now more than ever to challenge ourselves to expand our aspirational anime programming for fans around the world.”

The entire livestreamed event can be viewed above, where you can learn more about Netflix’s upcoming projects.

END_OF_DOCUMENT_TOKEN_TO_BE_REPLACED

END_OF_DOCUMENT_TOKEN_TO_BE_REPLACED
We and our partners use cookies on this site to improve our service, perform analytics, personalize advertising, measure advertising performance, and remember website preferences.Ok