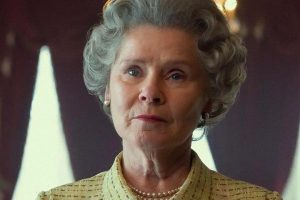 Netflix has unveiled the premiere date of The Crown season five.

Announced during the streamer’s TUDUM event, the historical drama series returns after two years and will premiere on November 9. Its newest season will be set in the early to mid-90s and will feature yet another recasting as the story of the late Queen Elizabeth II progresses, with Imelda Staunton — who may be familiar to younger audiences as Dolores Umbridge in Harry Potter: The Order of the Phoenix and The Deathly Hallows – Part 1 — will take on the role of Her Majesty while Dominic West and Elizabeth Debicki will play Prince Charles and Princess Diana, respectively.

Season five will be the first of The Crown to premiere after Queen Elizabeth II’s death.

The Crown premieres November 9 on Netflix.

Elsewhere in entertainment, check out everything coming to and leaving Netflix in October 2022.
Source: Read Full Article