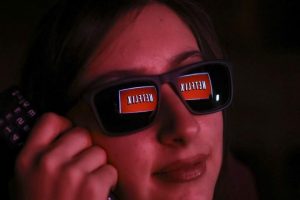 If you’ve ever settled in to stream a movie or show but suddenly froze on deciding what to watch, you’re not alone. It’s been well reported that with the influx of choices available on digital streaming services comes a certain level of decision fatigue.

Netflix understands this, and on Wednesday, introduced a new tool that helps make viewing decisions for its users. The new feature, called “Play Something,” automatically puts on a new series or film based on a user’s previous viewing habits. So if Bridgerton is your thing, Netflix might play a similar period drama, and so forth.

The tool is located on the navigation menu, in the tenth row of the Netflix homepage and underneath the user profile name.

“Whether you’re in the mood for a new or familiar favorite, just ‘Play Something’ and let Netflix handle the rest,” the company said in a press release.

For further guidance on what to watch, Netflix has dropped a teaser reel of all its upcoming blockbuster releases coming this summer.
Source: Read Full Article