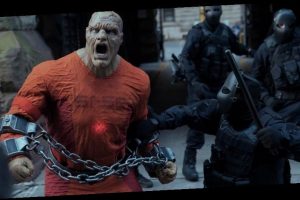 Netflix has released the first teaser trailer for its upcoming live-action adaptation of Jupiter’s Legacy, an original comic book series written and illustrated by Mark Millar and Frank Quitely.

Based on the original Image Comics series, the new show will follow the lives of a group of superpowered children, whose parents all served as the first generation of superheroes on Earth, keeping mankind safe for almost a century. Each hoping to live up to their parents’ legacies, the series explores the struggles and journeys of this younger generation, navigating “the complex dynamics of family, power, and loyalty.”

Season one of Jupiter’s Legacy will begin streaming on Netflix on May 7.