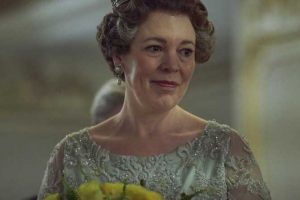 In the wake of the death of Queen Elizabeth II, Peter Morgan, the writer of The Crown, has said the final season of the hit Netflix series will halt production out of respect to the late monarch.

Queen Elizabeth II, the longest-serving British monarch, died on 8 September aged 96 at her Balmoral estate. Earlier this year, the country celebrated her Platinum Jubilee, marking the Queen’s 70-year reign that saw 15 prime ministers and historical global shifts. Many of these scandals and events are captured in The Crown, Netflix’s popular drama that first premiered in 2016 and has since remained a crowd favourite for royalty buffs and beyond.

While the highly anticipated (and much delayed) fifth season starring Imelda Staunton as the Queen was set for release in November this year, the untimely news of the monarch’s death may impact the schedule. As per Deadline, Peter Morgan, the writer of the series, suggested the ongoing filming of the sixth and final season will pause as a mark of respect to the Queen.

How the TV schedule is changing on BBC, ITV and Channel 4 following the death of Queen Elizabeth II

“The Crown is a love letter to her and I’ve nothing to add for now, just silence and respect. I expect we will stop filming out of respect too,” he wrote in a statement.

Besides being the principal writer for the Emmy-winning series, Morgan also penned the 2006 film The Queen starring Helen Mirren, which was largely adapted from his theatrical retelling The Audience. The effort, while appreciated, doesn’t come as a surprise to most, as Netflix announced a contingency plan for this very scenario at the series debut.

In 2016, Stephen Daldry, the director of a few initial episodes of The Crown, revealed that plans had already been put in place in the event of the monarch’s death

“None of us know when that time will come, but it would be right and proper to show respect to the Queen,” he told Deadline. “It would be a simple tribute and a mark of respect. She’s a global figure and it’s what we should do. She’s an extraordinary woman and people will be upset.”

Claire Foy as Elizabeth II in The Crown

Every season of the long-running show covers a decade of the Queen’s reign and the fifth, which sees Imelda Staunton in the lead role, is no different. It will portray Elizabeth’s 40th year on the throne which she famously dubbed her “annus horribilis” (horrible year) because of Charles and Diana’s official separation, Windsor Castle catching fire and other marital disintegrations within the royal family. It also shows her relationship with John Major, the British prime minister from 1990 to 1997.

While the successive season promises to be the last, it does not bring the story of the Queen’s reign close to the present day. It takes the series into the early 2000s, possibly covering the tragic death of Princess Diana, the loss of Princess Margaret and Prince William and Kate Middleton’s courtship.

Olivia Colman as Queen Elizabeth II in The Crown

The Crown launched on Netflix in 2016, with Claire Foy playing the Queen at a time when she was Princess Elizabeth before ascending to the throne. Olivia Colman took over the role in seasons three and four.

Only last week, Deadline reported that Netflix has finally cast Rufus Kampa and Ed McVey to play the Prince in his teen and adult years respectively. Following a social media call out, newcomer Meg Ballamy will play the role of Middleton. Tributes to the Queen from celebrities and world leaders continue to pour in while Netflix is yet to confirm whether the fifth season’s release will be altered from its highly anticipated autumn premiere.