Home » Entertainment » New 'Daredevil' Series in the Works at Disney+

New 'Daredevil' Series in the Works at Disney+ 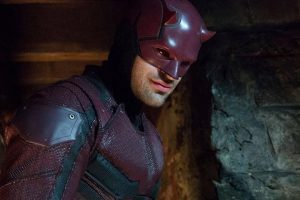 After teasing Netflix‘s Daredevil character several times in its own projects, Marvel Studios has officially greenlit a Daredevil series for Disney+, according to Variety.

The Disney+ show, which will be written and executive produced by Matt Corman and Chris Ord, will mark the first of the Netflix Marvel projects to receive an entirely separate but continued show. Before going to Disney+, Marvel’s TV projects, which were previously led by Jeph Leob, landed on Netflix under a massive deal. Among them were Daredevil, Jessica Jones, The Punisher and Iron Fist.

Daredevil, which proved to be popular on Netflix and lasted three seasons, starred Charlie Cox in the lead role of Matt Murdock, aka Daredevil. Cox reprised the role for a cameo in 2021’s Spider-Man: No Way Home, hinting that the character may return.

Corman and Ord are best known for co-creating the USA spy show Covert Affairs, which starred Piper Perabo and Christopher Gorham. They also served as executive producers and co-showrunners on NBC’s The Enemy Within and The Brave, along with The CW series Containment.

Marvel has yet to make a formal announcement about the Disney+ Daredevil series.

Elsewhere in entertainment, Sacha Baron Cohen is teaming up with the King of Hill creators for an animated special.
Source: Read Full Article