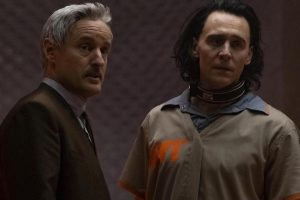 Created by the “Timekeepers” to “protect the sacred timeline,” Mobius is an agent of the TVA, or Time Variance Authority, which was established to monitor the numerous timelines across the Multiverse. While Mobius’ character himself remains a bit of a mystery, he seems to play the main representative of the TVA when interacting with Loki and placing him on various missions across different timelines.

Of course, joining Wilson will be Tom Hiddleston, reprising his role as the titular villain/anti-hero, as well as Richard E. Grant, Gugu Mbatha-Raw, Sophia Di Martino, and Wunmi Mosaku.

For fans of the Marvel Cinematic Universe, Loki will arrive on Disney+ June 9, with new episodes to follow every Wednesday.