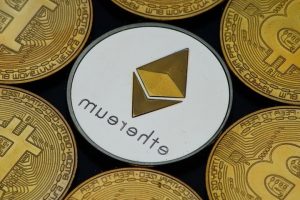 New York City Mayor Eric Adams has announced that his first paycheck will automatically convert to cryptocurrency, fulfilling a campaign promise. Last year, the mayor pledged to take his first three paychecks in crypto. His salary is slated to be converted to both Bitcoin and Ethereum.

In a statement, Mayor Adam said, “New York is the center of the world, and we want it to be the center of cryptocurrency and other financial innovations. Being on the forefront of such innovation will help us create jobs, improve our economy, and continue to be a magnet for talent from all over the globe.”

Being that the mayor’s salary is $258,750 USD a year, Adams will be receiving approximately $5,900 USD to the two cryptocurrencies in a biweekly paycheck. This converts to around 0.14 Bitcoin or 1.82 Ethereum, depending on the exchange rate. The mayor has not yet identified how much of his earnings he will split into Bitcoin or ETH. Since taking office on January 1, 2022, the mayor has vowed to make NYC a crypto-friendly city.