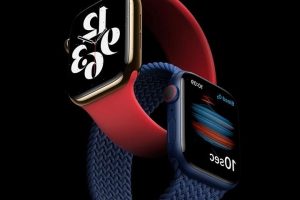 It turns out the Apple Watch Series 8 might not have as many features as first believed after all.

In the build-up to the launch of Apple’s next generation of smartwatches, numerous rumors from regular sources such as Bloomberg‘s Mark Gurman, The Wall Street Journal and analyst Ming-Chi Kuo all noted that the upcoming device will carry a brand new body temperature sensor among other features such as fertility planning, blood glucose levels and blood pressure checking. However, Gurman himself has now backtracked on his previous comments, suggesting that all this new tech may still be a while away.

“Don’t expect any of these soon, though. Body temperature was on this year’s roadmap, but chatter about it has slowed down recently, the analyst wrote in his latest Power On newsletter. “Blood pressure is at least two to three years away, while I wouldn’t be surprised if glucose monitoring doesn’t land until later in the second half of the decade.”

As usual, Apple has yet to confirm or reveal anything about its Apple Watch Series 8, so those interested should stay tuned for more updates to come.

In other related news, Uber has just shut down support for its app on the device.
Source: Read Full Article