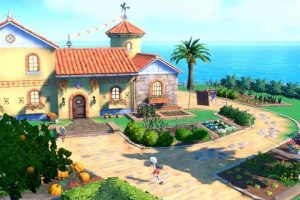 Two weeks ago, the latest chapter of Pokémon debuted with the launch of Pokémon Scarlet and Violet. While the titles introduced a new region filled with unique creatures from start to finish and serve as the first open world Pokémon games, the fan reception has been focused on its performance. Players have been experiencing various levels of instability in frame rate alongside miscellaneous bugs throughout playthroughs. As a result, both social media and review outlets have been flooded with demands for change. Noting this, Nintendo has made its first statement alongside the release of software update version 1.1.0 for the games.

A tweet via Nintendo of America referenced player feedback and stated that improvements to the games will continue to be worked on. Looking at the brief patch notes for the update, Nintendo further backed this commitment and acknowledged that both games have significant performance issues. As for what’s been done so far, the planned first season of Ranked Battles is the focus of the update while “select bug fixes have been made” as well.

The future of both games is up in the air as fans are eager to see what adjustments are made in the coming year. Stay tuned for additional coverage as Nintendo continues to update both titles.