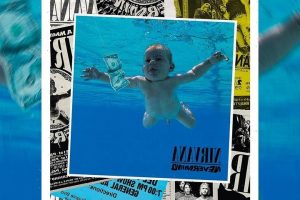 Nirvana has recorded its latest victory at court in the case against Spencer Elden, the baby photographed for the band’s Nevermind album cover. The lawsuit had been dismissed once already back in January this year when Elden’s legal team failed to respect a deadline, but Judge Fernando M. Olguin allowed the plaintiffs an opportunity to refile, which it quickly did within the same month.

Despite managing to take the case to trial, Elden nonetheless suffered a loss against Nirvana. Key to the decision in favor of the iconic brand is Judge Olguin’s statement that Elden had failed to file a suit during the 10-year statute of limitations.

Most notably, Elden’s legal team had failed to address the concerns over the statute of limitations even in its latest refiling, and Judge Olguin decided that he had given them too many chances. “Because the plaintiff had an opportunity to address the deficiencies in his complaint regarding the statute of limitations, the court is persuaded, that it would be futile to afford the plaintiff a fourth opportunity to fine an amended complaint.

Unsurprisingly, Eden and attorneys are now looking to appeal the decision, so stay tuned as the story develops.

In other related news, Kanye West has continued to criticize adidas over their work together.
Source: Read Full Article