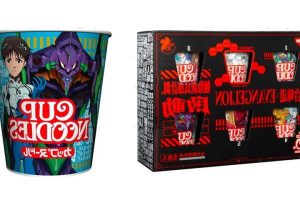 Nissin‘s highly anticipated Neon Genesis Evangelion Cup Noodles have officially launched in celebration of the 50th-anniversary of the brand.

The “Noodles New Food Feeling Project” will launch in select supermarkets, convenience stores, and retail stores in early September. “Nissin Cup Noodles x EVANGELION limited collection Cup Noodle Gift Box” will release exclusively in Hong Kong from the end of August to the beginning of September. Head over to the Nissin website for more information.