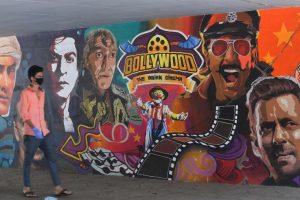 MUMBAI – Bollywood will start operations in the next few weeks after a three-month hiatus, owing to the nationwide lockdown imposed by the Indian government to combat the Covid-19 pandemic.

However, the industry must comply with some stringent guidelines issued by the Producers Guild of India, according to South China Morning Post.

The guidelines include not allowing actors over the age of 65 to return to shoots, and no shooting of kissing or hugging scenes. Actors will also have to apply their own makeup. This may prove challenging as many Bollywood A-listers are above the age of 65, such as veteran actor Amitabh Bachchan, 77.

“Some films have been partially or substantially shot with actors over 65. Casting younger actors to reshoot may not be financially viable,” said one director who wished to remain anonymous.

Additionally, no audience scenes will be allowed, and only a third of the film crew will be allowed to work on set at any given time. A well-known characteristic of Bollywood movies is their extravagant song-and-dance numbers, the filming of which will be prohibited under the new guidelines.

The Bollywood film industry – which reportedly has lost billions of rupees over the past three months – is based in Mumbai in the state of Maharashtra, the worst hit state in India. The 75,000 Covid-19 cases here account for more than a third of the