Home » Entertainment » No sign of Oscars show on local TV 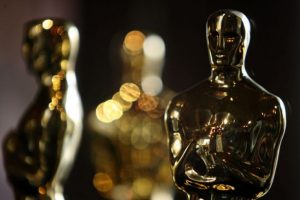 For the second year in a row, it looks like there will not be a live telecast of the Oscars in Singapore.

A check by The Straits Times has found no plans by any provider to televise the 92nd Academy Awards when it is held in Los Angeles on the evening of Feb 9 (Feb 10 morning in Singapore).

Spokesmen for cable service providers StarHub and Singtel say none of their affiliated channels are scheduled to telecast the event. Free-to-air broadcaster Mediacorp also says it has no plans to carry the show live or at a later time.

Premium cable channel HBO used to air the Oscars live in Singapore, but stopped after the 2018 show. No reasons were given, but analysts believe that licensing costs, the length of the show and declining viewership are factors.

Viewership for the event has been trending downwards in the United States. In 2018, it fell to 26.5 million viewers, its lowest figure and a 19 per cent drop from the previous year.

Last year, the US viewing figures saw a small uptick, to 29.6 million, but viewership remains at historic lows. In Singapore, live viewing is made more difficult because of time differences. In Los Angeles, the Sunday evening event occurs on a Monday morning here.

In addition, film fans are turning to social media, such as Twitter and Facebook, to stay updated as the result for each category is announced and do not feel the need to catch the live or repeat telecasts.

The show’s producers have tried to make it more TV-friendly, such as by reining in its running time to under three hours, but moves such as moving the awards for the more “technical” categories to the commercial break have been met with backlash from industry veterans, who feel it disrespects the specialists.

But for many film fans and professionals in the film industry, the live Oscars show will be sorely missed.

Ms Flora Goh, managing director for film distributor United International Pictures, says it will be disappointing to once again not be able to watch a live telecast.

“The awards represent every film-maker’s ultimate dream achievement. This annual celebration of the year’s most creatively appreciated films and filmmakers serves as an inspiration and reminder of what can be,” she says.

Her company has two films, 1917 and the psychological horror work The Lighthouse, in the nominations list. The World War I drama 1917 is in cinemas now and The Lighthouse opens in Singapore on Jan 30.

“The Singapore audience and film-makers will be sadly deprived. I hope that the powers that be can do something about this,” she adds.

• Get Oscar results updates on Twitter @ST_LifeTweets from 9am on Feb 10.