Home » Entertainment » Not Your Dickensian Bowl of Porridge

Not Your Dickensian Bowl of Porridge

“How much time do you have?” Minh Phan wanted to know, when I showed up at her restaurant in Los Angeles after hours. I was hoping to learn how she cooked the delicious rice I ate there about a week before. It was covered with curls of see-through pickles and little scoops of sticky, savory jams, and many kinds of herbs. The grains of rice were whole and tender — soft but not soupy. How much time could we possibly need, I wondered, to boil some rice until it was tender?

What I learned was that a simple bowl of soft rice, in the hands of Minh Phan, was in fact extraordinary. It tasted familiar and comforting, but it was built meticulously and garnished effusively, its flavors carefully layered, its textures arranged in sequence. Porridge, in Phan’s kitchen, wasn’t a Dickensian breakfast bowl, but a kind of all-day extravagance. And the more time I spent by Phan’s side, the more it seemed to me that porridge as a word — porridge — was a bit unsatisfactory, a bit … vague? “Ooh, everyone was so mad that I called it ‘porridge,’ ” Phan said, using a knife to split open a bright orange heirloom squash, filling the space between us with a scent like freshly cut flowers. “But you know what, if I called it ‘congee,’ or if I called it ‘jook,’ then people would expect a really specific thing. This is California,” she said, “and ‘porridge’ gives me freedom.”

To make her freestyle porridges, Phan picks up ingredients at the farmers’ markets in Los Angeles each week, turning the fruits and vegetables into pickles and crisps, powders and jams, fillings and toppings that change across the porridge bowls constantly. Her squash porridge starts with a mix of whichever heirlooms she can find in season, peeled, chopped and roasted. Phan tips the cooked squash into a blender and pours darkly browned butter over it. She purées the squash and butter until it’s smooth and airy, like a winter pie filling, stopping every minute or so to scrape down the sides of the blender with a rubber spatula and to season. “Taste,” Phan said, pushing a spoon toward me. “Taste!” 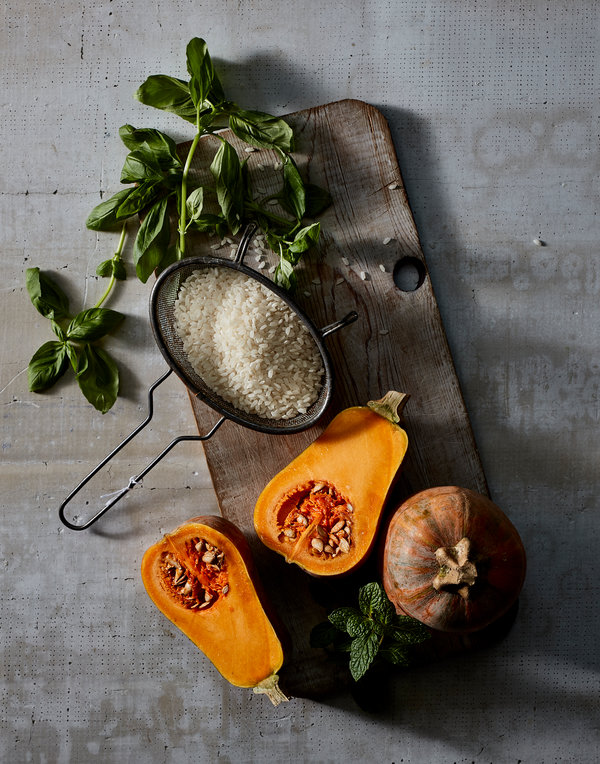 When Phan was growing up, she ate porridge only a couple of times a year. The Friday after Thanksgiving, her mother always made two massive pots: one with leftover ham on the bone, and one with the leftover turkey carcass. That porridge was thick and creamy, sweet with threads of meat and packed with black pepper, and her family ate it while watching football. If Phan was sick, her mother made a more basic version, infused with ginger and carrot. But what Phan makes now is nothing like her mother’s porridges. “People say, ‘Oh, it’s Vietnamese food,’ but it’s not,” said Phan, whose parents have roots in northern Vietnam. “And honestly, my mom gets offended if you call it Vietnamese food, so please don’t offend my mom!”

Phan’s porridges begin with a medium-grain white rice from Koda Farms, a family-run farm and mill in South Dos Palos, Calif. She puts raw grains directly into a pot of cold water and brings it up to a boil gently, over a low flame. Absolutely no rinsing off the starch, she says. Strictly no soaking. “What feels like 20 pounds of butter and cream when it’s finished, it’s none of that; it’s just the starch from this really, really good rice,” she said. Some of Phan’s porridges are cooked in stock, others in plain water or in water with a few aromatics. Regardless, once the rice is cooked, the dish isn’t finished. “You don’t want to rush it,” Phan said, “Porridge is always better the next day.”

So after the rice is cooked, in about 20 minutes, Phan doesn’t serve it immediately. She seasons the cooked rice and scrapes it into a container to cool and leaves it in the fridge overnight to settle. The next day, she warms it up and finishes it to order, often with a complex range of toppings. Phan makes tiny mochi and poaches them in duck stock. She sautés sliced vegetables in chile oil and picks out tiny, juicy herbs to throw over the top, raw. She strategically chooses pickles from her stockpile and creates a whole universe of flavors on top of the bowl. (When I made her porridge at home, I scattered some homemade vegetable pickles and raw herbs on top and called it a day; another time, I drizzled chile oil and dregs of pickling liquid over the top.)

“Overnight porridge is the best,” she said, swirling spoonfuls of the bright squash purée into the rice she cooked the day before. “Yes, you can eat it right away, but it’s never the same.” Standing over the stainless-steel counter in the kitchen, we tasted it together. Phan was right. Yesterday’s rice was seasoned through now, and the grains had absorbed the salt evenly. They were soft and plump — grand enough for breakfast, lunch or dinner. Within minutes over the heat, the rice had loosened up and started to emit curls of buttery, floral steam, and within another minute or two it was gone. “It’s just porridge,” Phan said. Though, to be fair, it had transcended all definitions of the word.