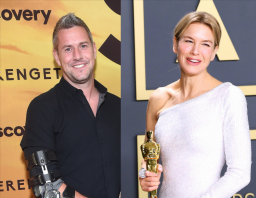 Well, nobody saw this coming! Ant Anstead and Renée Zellweger are dating. Yep, you read that right. The ex-husband of HGTV star Christina Haack has apparently moved on with the two-time Oscar-winning actress. 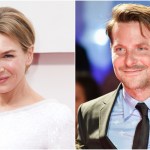 
Renée Zellweger Reunites With Ex Bradley Cooper at the 2020 Oscars, & How Did We Forget They Dated?

First reported on TMZ and confirmed by PEOPLE, the surprise coupling happened after the two met on the set of Anstead’s upcoming Discovery+ series Celebrity IOU: Joyride, a spin-off of the similarly named Property Brothers reno show. In the reality TV series, Zellweger appears on an episode to give a loved one a one-of-a-kind car transformation. (No details on who the lucky loved one was, unfortunately.)

According to a source who spoke to TMZ, Zellweger returned to the set after filming their episode to drop off some work boots for Anstead. “It’s unclear when exactly they decided to go out, but our sources say they’re doing exactly that now,” reported TMZ.

Anstead and Haack just finalized their divorce earlier this week. The pair are parents to son Hudson, who is almost 2, and will share custody.

Haack announced their split in September 2020, writing, “Ant and I have made the difficult decision to separate. We are grateful for each other and as always, our children will remain our priority. … We appreciate your support and ask for privacy for us and our family as we navigate the future,” she added.

Anstead had clearly been hoping for a reconciliation, posting a heartfelt message about Haack’s decision on September 26, 2020, alongside a photo of the two in better times.

“Anyone who really knows me knows that I don’t like to share private matters publicly,” he captioned the photo. “I have remained silent while holding on to hope. I never gave up on us. I pray Christina’s decision brings her happiness.”

Anstead was married before Haack, from 2005 to 2017 to Louise, with whom he shares children Amelie and Archi. Zellweger was married once before, briefly, to Kenny Chesney in 2005, but has had several high-profile relationships since, including with Jim Carrey, Jack White, and Bradley Cooper. Most recently, Zellweger was partnered with musician Doyle Bramhall II, whom she dated from 2012 to 2019.

WE have to admit we’re surprised by this latest pairing, but we can’t wait to see where it goes — and hope this new couple is finding happiness in their early relationship!