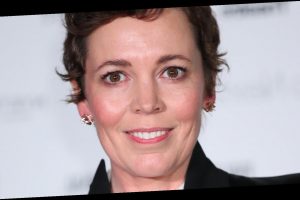 Olivia Colman has reigned supreme in the TV stakes this year, thanks to her plummy role as Queen Elizabeth II in Netflix’s The Crown.

If you thought the actor, who has a bevy of awards (including an Oscar) to her name, would be turning her back on the world of television in 2021, though, think again.

Because, as it turns out, she’s going to be taking the lead in Sky Atlantic and Now TV’s new true crime series, Landscapers.

As in, yes, the very same show that’s being directed by Academy Award-winner Alexander Payne.

The Crown: Netflix responds to controversy over royal drama series

Here’s what we know about the show so far.

What’s the plot of Landscapers?

Inspired by real events, Landscapers brings us the story of mild-mannered Susan and her husband, and asks us how they came to kill Susan’s parents and bury them in the back garden of their Mansfield home, in a crime that remained undiscovered for over a decade.

Wait, did you say ‘inspired by real events’?

Patricia and William Wycherley were shot dead at their home in Mansfield, Nottinghamshire, on the May Day bank holiday weekend in 1998.

The next working day, their daughter, Susan, cleared £40,000 from their account. And she and her husband, Christopher, continued to withdraw large sums of money from their account for the next 15 years, spending thousands on Hollywood souvenirs, particularly autographs of movie star Gary Cooper.

“They didn’t lead a particularly lavish lifestyle,” DCI Griffin said of the couple, as per the BBC.

“It would seem that the vast majority of their money was spent on memorabilia, on authenticated autographed items on people that they admired.”

What happened to the real Susan and Christopher Edwards?

Around September 2012, Susan and Christopher Edwards became nervous that police were onto them, and fled to France.

But, despite having siphoned off a total of £245,000 of the Wycherleys’ money, just over a year later they had just one euro between them.

They eventually emailed a confession to police in the UK, and announced that they planned to surrender ourselves to the UK Border Force authorities.

A jury at Nottingham Crown Court found the pair guilty of murder just over 16 years after they committed their crime.

Who stars in the cast of Landscapers?

So far, all we know is this: Colman will be portraying Susan Edwards in Landscapers.

Further casting details have yet to be announced, but we will be sure to update you as and when they are confirmed.

The Serpent: everything you need to know about the BBC serial killer drama

Is there a trailer for Landscapers?

Filming has yet to begin on Landscapers, so we have a wee while to wait before we’ll be gifted a trailer.

What have people said about Landscapers so far?

The official press release for Landscapers promises that “this blackly comic, narratively playful true crime drama is based on extensive research, hours of interviews and direct access to the accused, who have always protested their innocence of murder.

“[As such], this is the story of a unique murder case involving four lives lived on the margins of society, that turns into an exhilarating and darkly funny exploration of love and fantasy: its power and its peril.”

How many episodes of Landscapers will there be?

When will Landscapers be available to watch on Sky Atlantic and Now TV?

Landscapers is just one of many must-watch TV shows coming to our screens in 2021.

We will be sure to bring you further details as and when they become available.

END_OF_DOCUMENT_TOKEN_TO_BE_REPLACED

END_OF_DOCUMENT_TOKEN_TO_BE_REPLACED
We and our partners use cookies on this site to improve our service, perform analytics, personalize advertising, measure advertising performance, and remember website preferences.Ok