Home » Entertainment » On Alex Trebek’s Final ‘Jeopardy!,’ a Last Introduction From a Friend

On Alex Trebek’s Final ‘Jeopardy!,’ a Last Introduction From a Friend 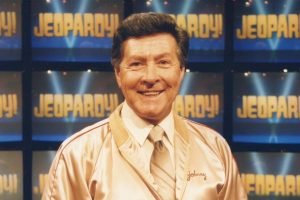 For more than 36 years, Johnny Gilbert has said the same 10 words, with the same mixture of razzle-dazzle and lofty cadence of a practiced showman: “And now, here is the host of ‘Jeopardy!’… Alex Trebek!” Trebek would appear with a wave and a smile, and the game would begin.

He has delivered some version of that familiar warm-up more than 8,000 times, ever since Trebek’s first episode, which aired on Sept. 10, 1984, when the newly minted host strode onto the stage sporting a dark, bushy mustache and a pale pink pocket square. But on Friday, television audiences will see Gilbert’s final introduction of a longtime colleague who had become a pal, as the last episode that was filmed before Trebek’s death in November is broadcast. 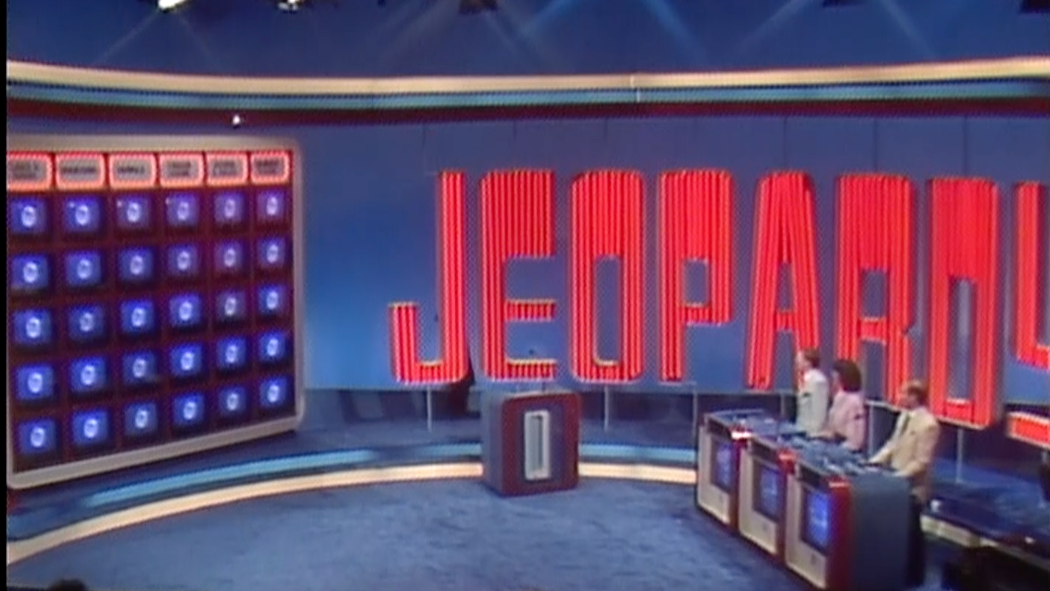 “As much pain that he was in, I just never thought he was actually dying,” Gilbert said. “The day I heard that, part of me left this world.”

Next week “Jeopardy!” will return with Gilbert introducing a new name: Ken Jennings, a record-breaking former contestant, who will be the first in a series of new, interim hosts.

“It was a very bizarre feeling,” Gilbert, 92, said in an interview on Wednesday. “I have never thought of anyone as host of the show except Alex.”

After Trebek’s death, Gilbert, who has had a roughly 70-year career in entertainment, said that he wondered whether it was the right time to leave. At that point, because of the pandemic, he had not been working at the studio, in Culver City, Calif., but had been recording his announcements from a bedroom in his Venice Beach home.

“I thought, ‘Gee, can I go on doing this? Can I still do what the show needs?’” he said. “And I decided, yes, I would go on. I would go on because Alex wanted the show to go on.”

When Trebek died at age 80 in November after battling Stage 4 pancreatic cancer, the show’s producers made clear that there would be no rush to fill the role of a man who had been the face and voice of “Jeopardy!” for so long. Only 10 days before his death, Trebek had been in the studio filming, and the show had enough episodes to finish the year. Instead of finishing in the last week of 2020, a chaotic week for television and for viewers, the show decided to push Trebek’s final five episodes to this week.

The show also recognized that Gilbert was among many who felt unsettled by a new host delivering “Jeopardy!” clues. Instead of choosing a permanent successor right away, they opted for a series of interim hosts. Jennings, the only guest host who has been officially announced, has already taped 30 episodes, a spokeswoman for the show said. (In recent days, Jennings has received some flak on social media for posting insensitive tweets in the past, for which he apologized, raising questions about whether he would be in the role permanently.) The Los Angeles Times reported this week that Katie Couric had been signed as another guest host, but the show would not confirm that. 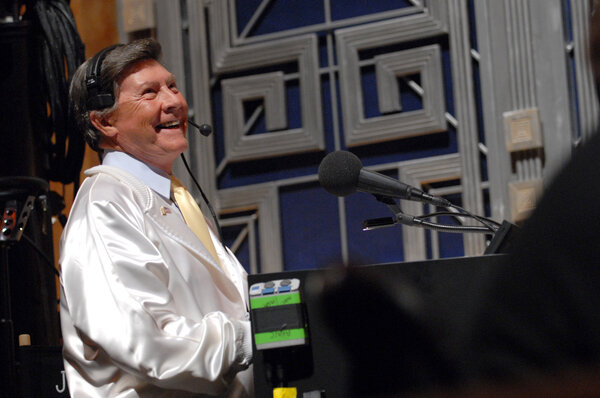 Gilbert and Trebek, who both worked in television in the early 1980s, met at a party in Hollywood a couple of years before Merv Griffin decided to mount a new production of “Jeopardy!” Gilbert was already a known entity in daytime TV, having worked as a golden-voiced announcer for “The Price Is Right” and Dinah Shore’s daily talk show.

In his memoir, published last summer, Trebek wrote that he had recommended Gilbert to Griffin: “How could you forget a voice like that?” (Gilbert’s voice wasn’t just used for announcing; he was a singer early in his career and recorded two albums in the 1960s.)

What resulted, Gilbert said, was a friendship that involved a lot of chatting in dressing rooms, good-natured teasing in front of studio audiences and a deep mutual respect. On the set of “Jeopardy!,” Trebek would often poke fun at Gilbert’s age, joking that he had been the announcer for Abraham Lincoln.

“We’ve been together longer than either one of our marriages, and we’ve never had a cross word,” Trebek wrote of Gilbert in his memoir.

Wearing one of his many “Jeopardy!” branded varsity-style jackets, Gilbert would warm up the audience before the tapings, urging them to talk to Trebek during commercial breaks and ask him any questions that they might have. When the time came, Trebek would talk with audience members endlessly, Gilbert recalled, adding that more than once Trebek’s involved chats with members of the studio audience would outlast commercial breaks.

Gilbert recalled how Trebek continued to work through his illness. When Trebek was receiving chemotherapy treatments, Gilbert said, there were times when he was clearly in great pain. Sometimes he was too unwell for the usual banter between episodes with the production staff.

Trebek wrote in his memoir that there were days during his illness where he could barely walk to production meetings. But after Gilbert delivered his trademark introduction — “And now, here is the host of ‘Jeopardy!’… Alex Trebek!” — Trebek wrote that he would feel like himself again, and be able to walk out onto the stage.

That transformation was apparent to Gilbert, too.

“Regardless of how he felt when he walked out onstage,” Gilbert said, “when I introduced him, there was Alex Trebek.”