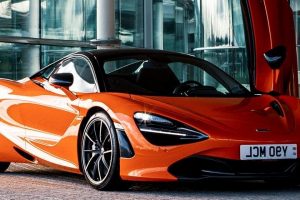 You don’t have to be an adrenaline junky to want to feel a rush, but for most of us, seeking this experience takes us to a theme park. So what if you could have this every time got into your car? For copious heart-pounding moments, the McLaren 720S Spider is the supercar of choice.

If, like most petrolheads, you’re whetted by the odor of burning petrol and the full-body sensory excitement that exhaust flames bring, you probably already understand what makes a 720S so exciting. In case you don’t, best believe that a McLaren 720S isn’t a show-off’s chariot (despite this one coming in the optional $10,500 USD “Helios Orange” hue), it’s a driver’s machine that stems from a history of excellence. 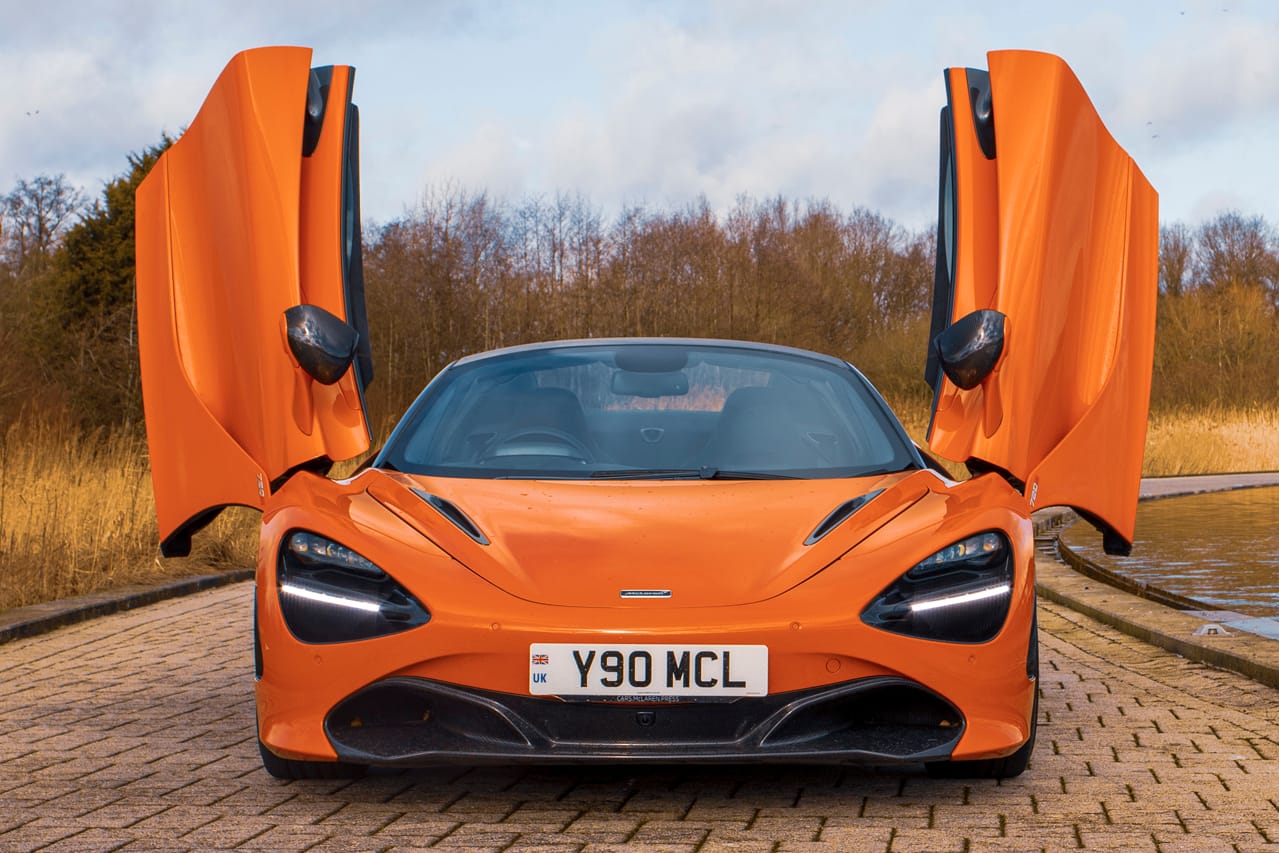 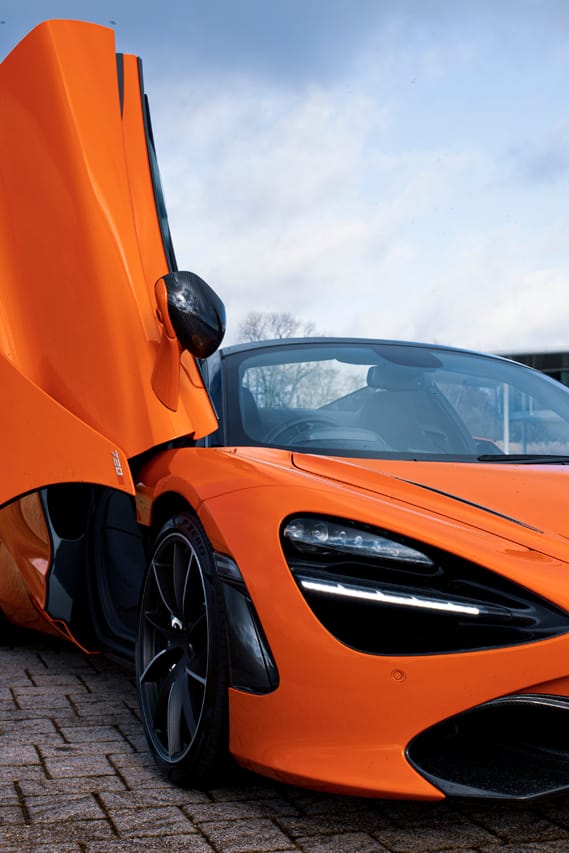 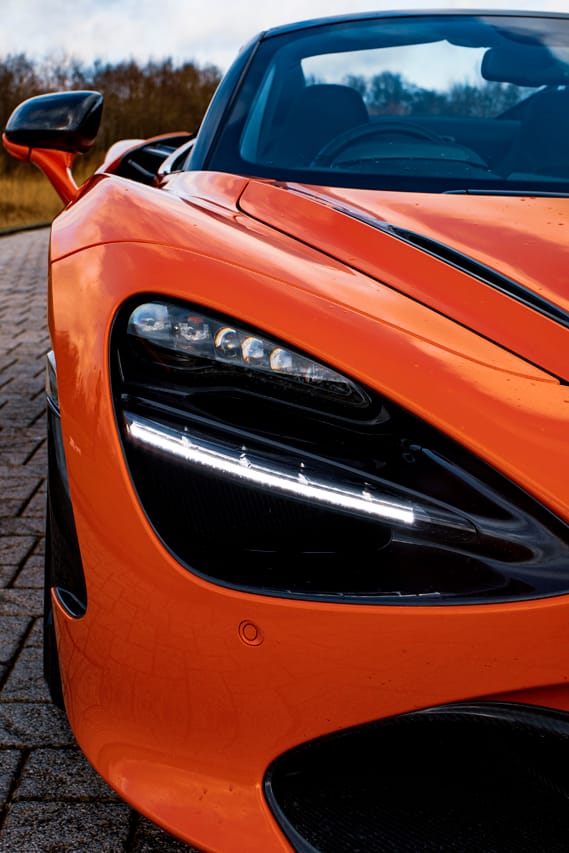 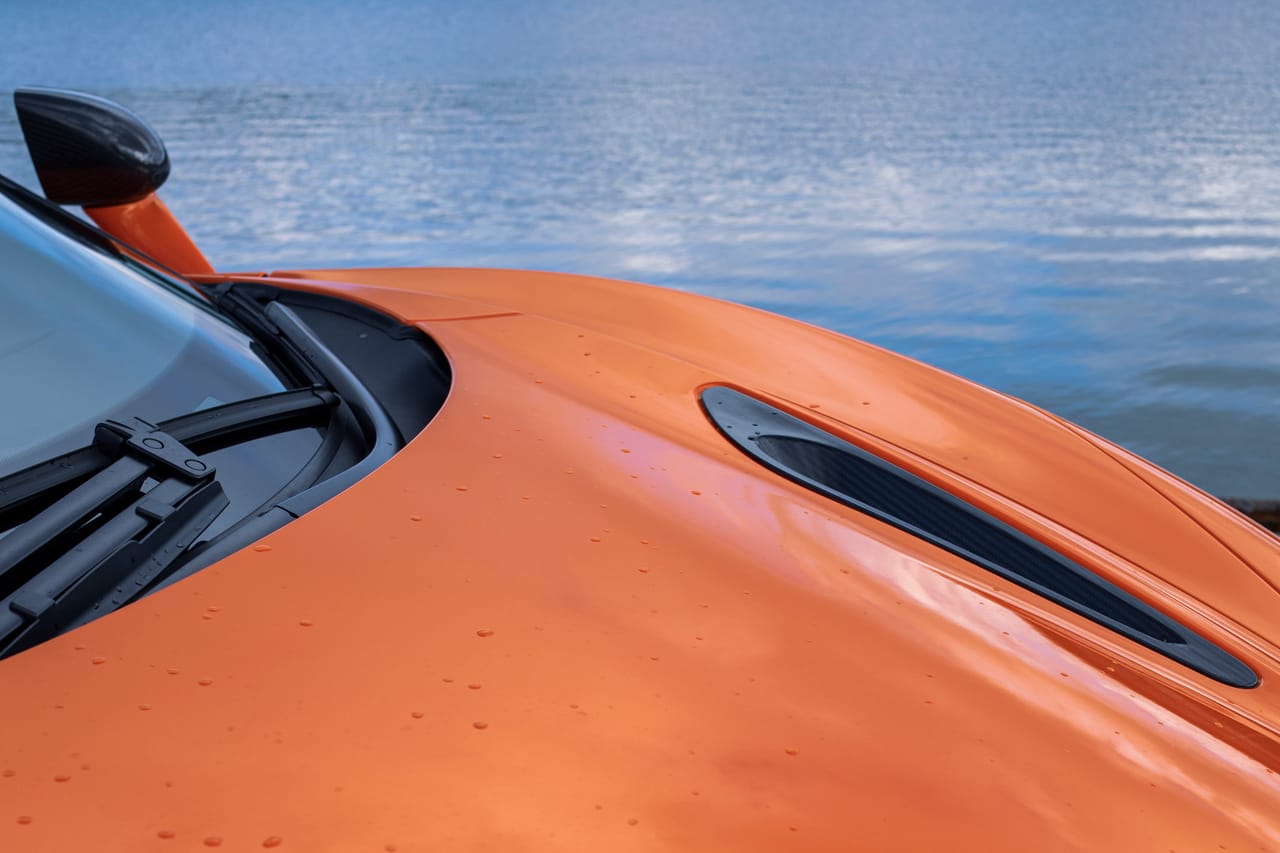 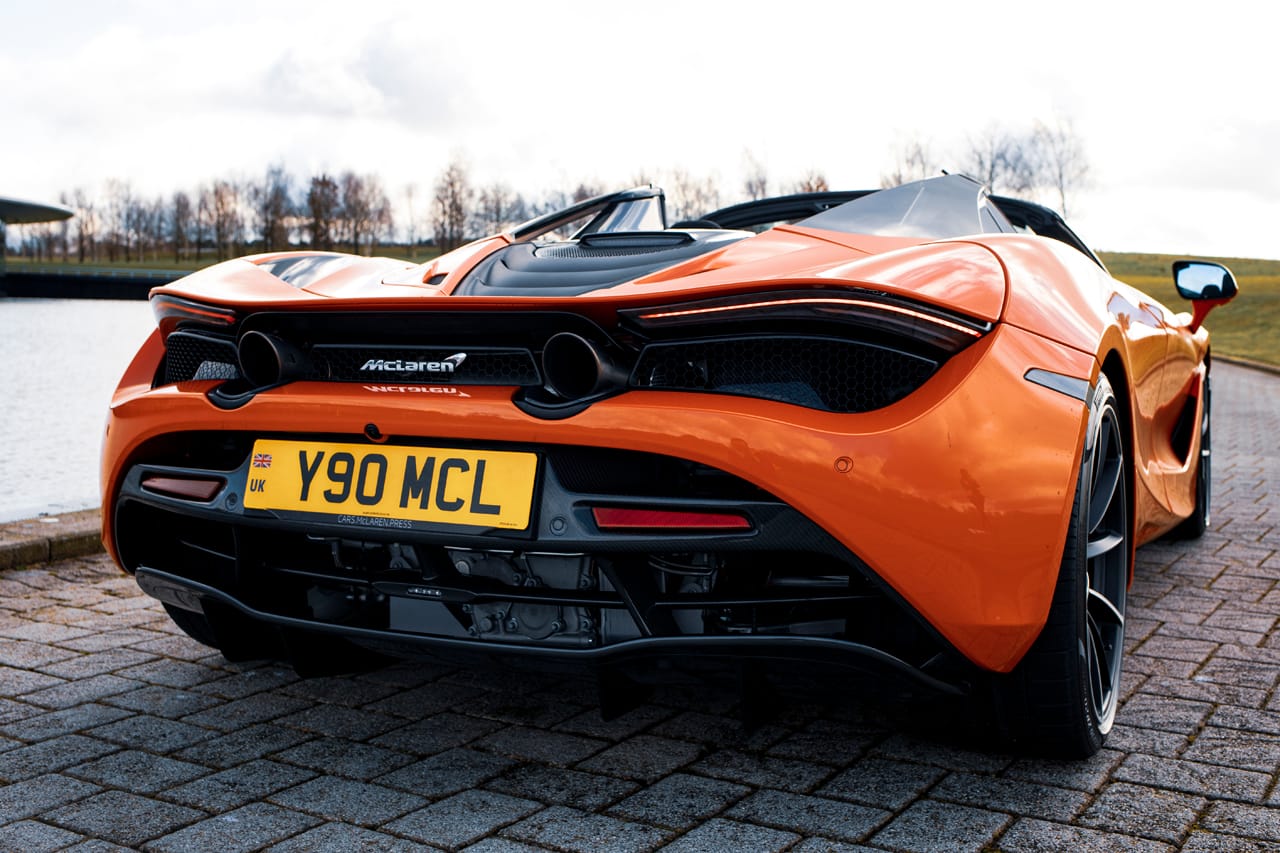 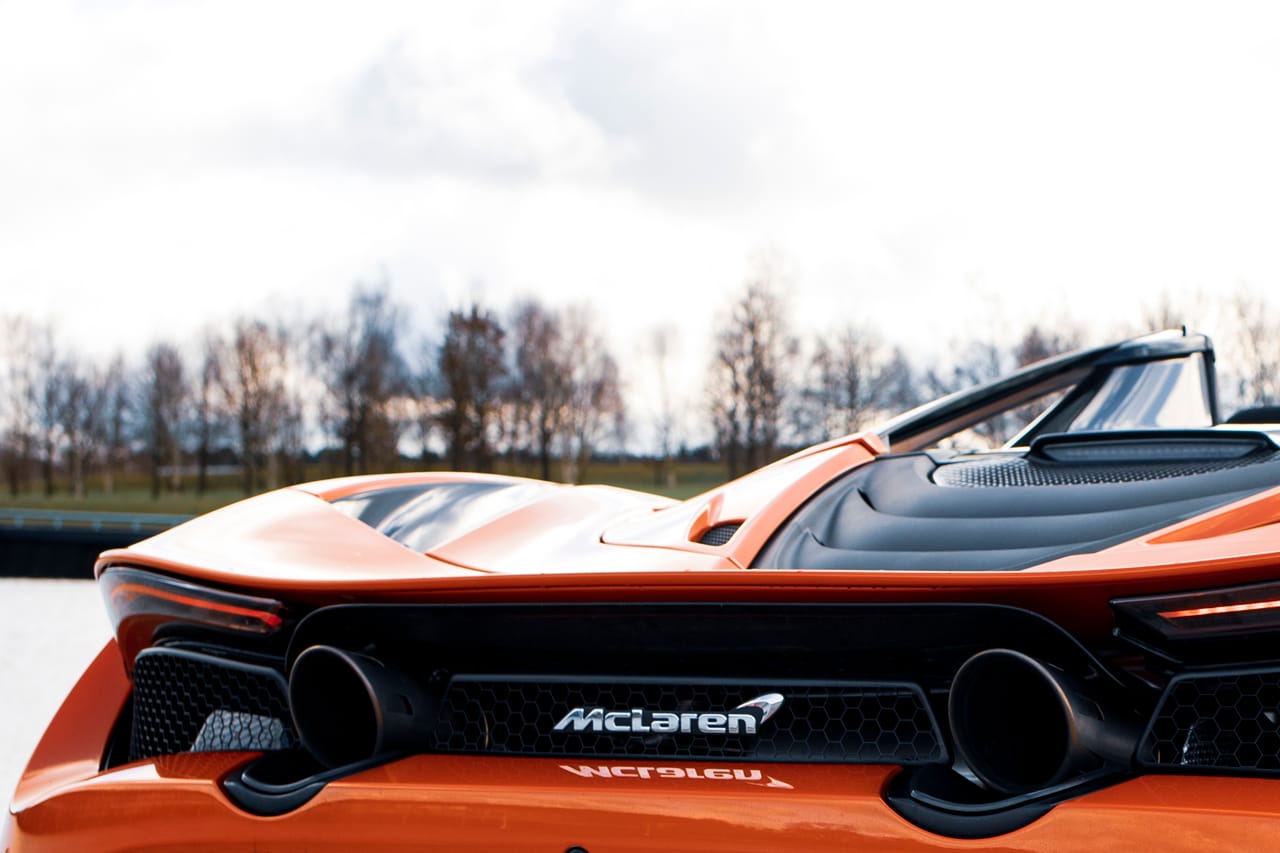 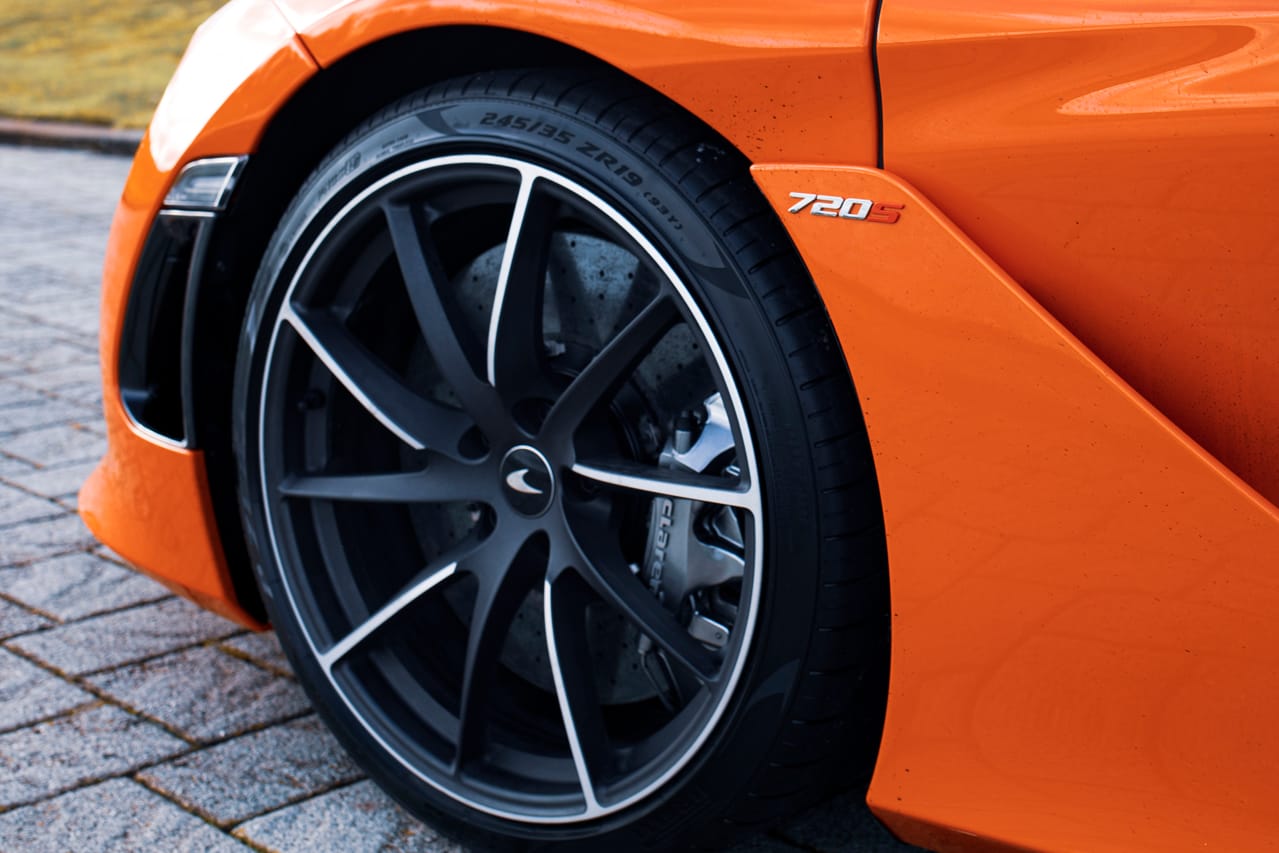 McLaren, formally known as Bruce McLaren Motor Racing, was founded in 1963 and as the original name suggests was centered around race cars. Its legacy is instilled in Formula 1 – fuelled by legendary drivers such as Nikki Lauda, Ayrton Senna and Lewis Hamilton. After many years of F1 success, McLaren enlisted the automotive designer Gordon Murray to make the McLaren F1 road car in 1992, a car that even to this day is lauded as one of the finest driving machines in the world.

The McLaren F1 changed supercars forever and became a benchmark in the automotive industry. Everything that came after it was compared to this car, and when McLaren returned in 2011 with the 12C the marque had entered its next chapter: producing a more everyday type of supercar. This was followed by the world’s first hybrid supercar, the P1, joining Ferrari’s LaFerrari and the Porsche 916 in a contemporary three-way battle of the giants, reminiscent of the competition between McLaren’s F1, the Ferrari F40 and Porsche 959 in the 1980s and ‘90s. Today, the P1 is a unicorn and kickstarted McLaren’s foray into producing incredibly rare hypercars, such as its current Speedtail and Elva models.1 of 4 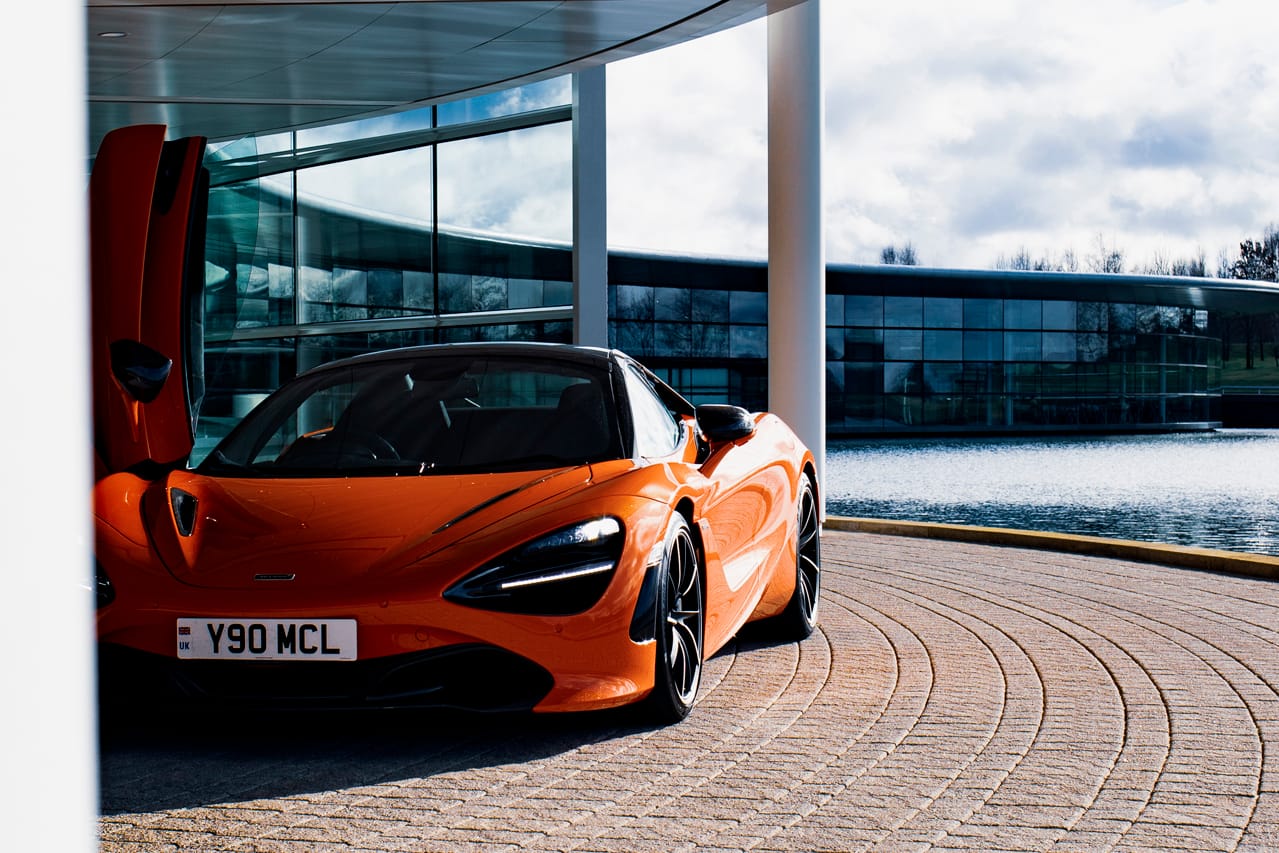 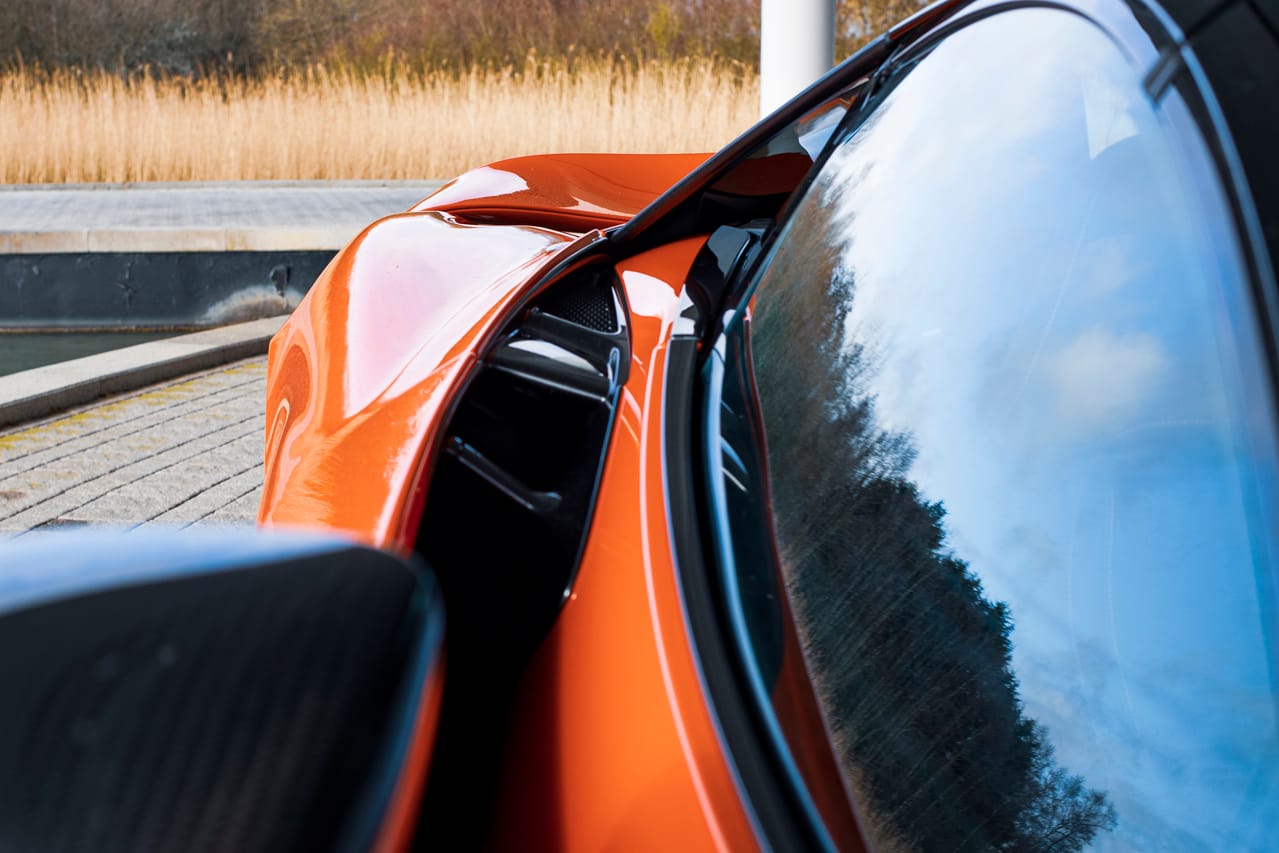 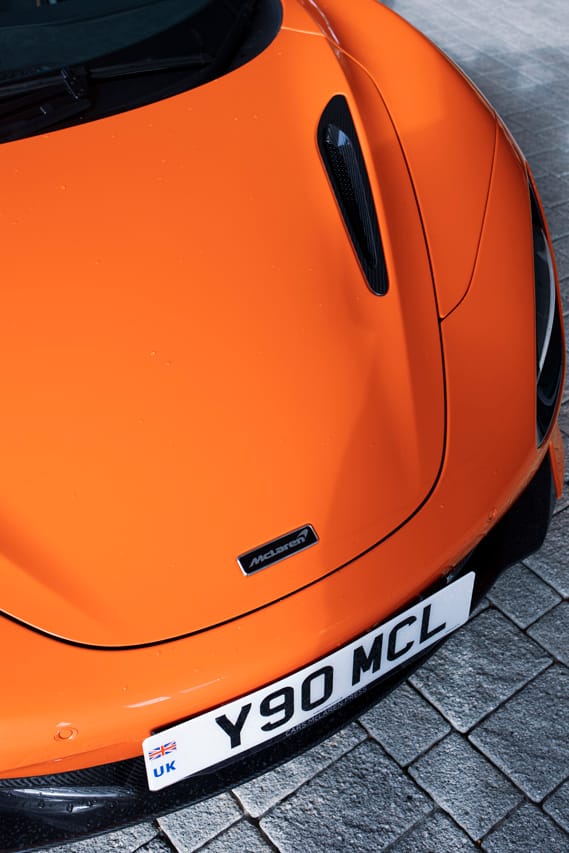 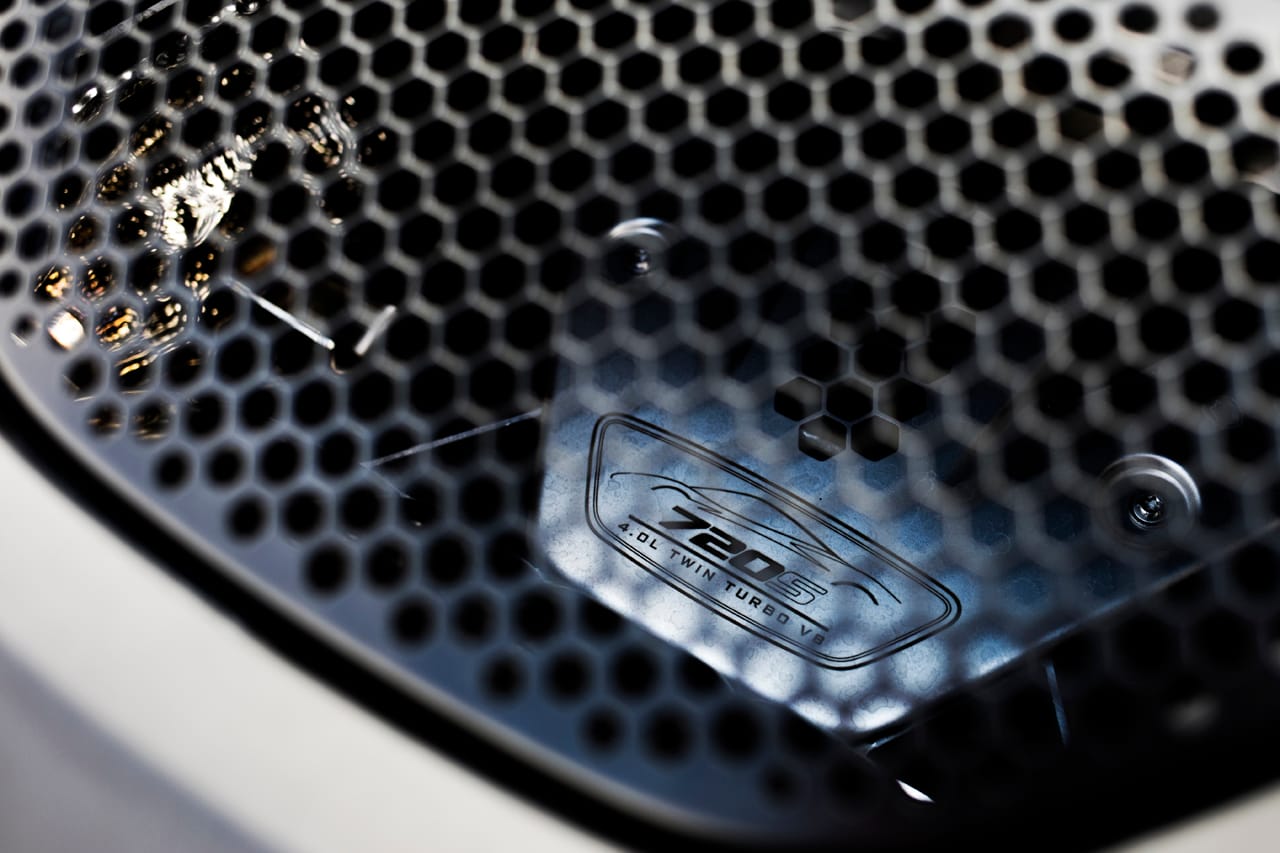 Obviously then, the McLaren 720S Spider has big shoes to fill. The 720S is different from the marque’s leading road-focused model, the 765LT, notably being a car that you can buy today from the dealership and one that is toned down ever so slightly to make it more user-friendly.

Straight away, the 720S Spider is the one you want. As well as being usable on a daily basis, the car engages its built-in spaceship mode with just the turn of a dial. With your foot planted to the pedal and the gearbox in manual mode, you smash through the gears to a soundtrack enhanced by ear-piercing pops on the downshifts, grunts on the upshifts, and blurred vision. Ultimately, the 720S rips through the concept of time quicker than it does its tires.

The sensory experience is only heightened, somewhat ironically, by the silently retracting roof. With this dropped, the 720S welcomes the elements into the cabin for something that can only be likened to a rollercoaster, only this one is bright orange with flames spitting out the back. Sure, other supercars offer this, but few are capable of performing similarly to their hard-topped sibling. Here, nothing is compromised: by opening the roof, you only feel more connected to the car and everything that’s going on, completely in control of every twitch, sound, and feeling. 1 of 5 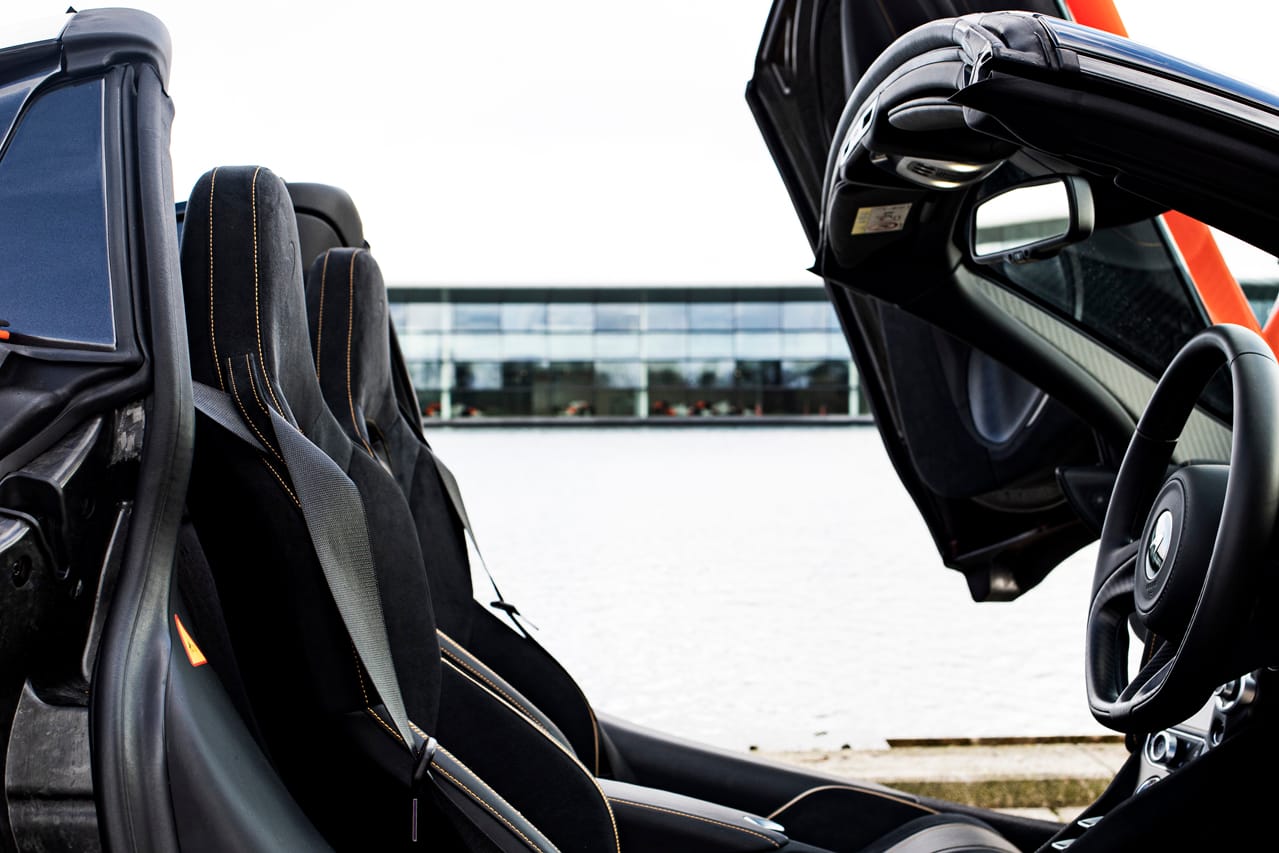 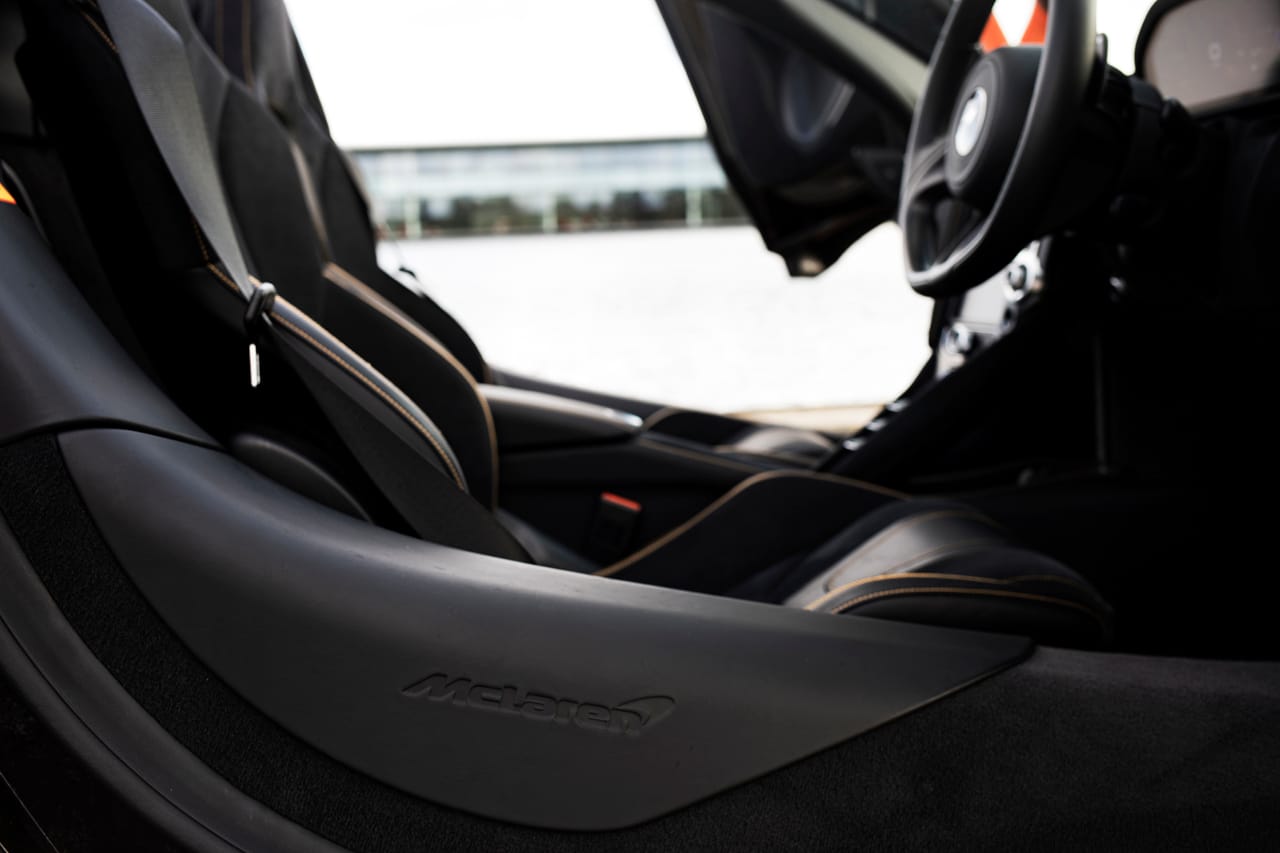 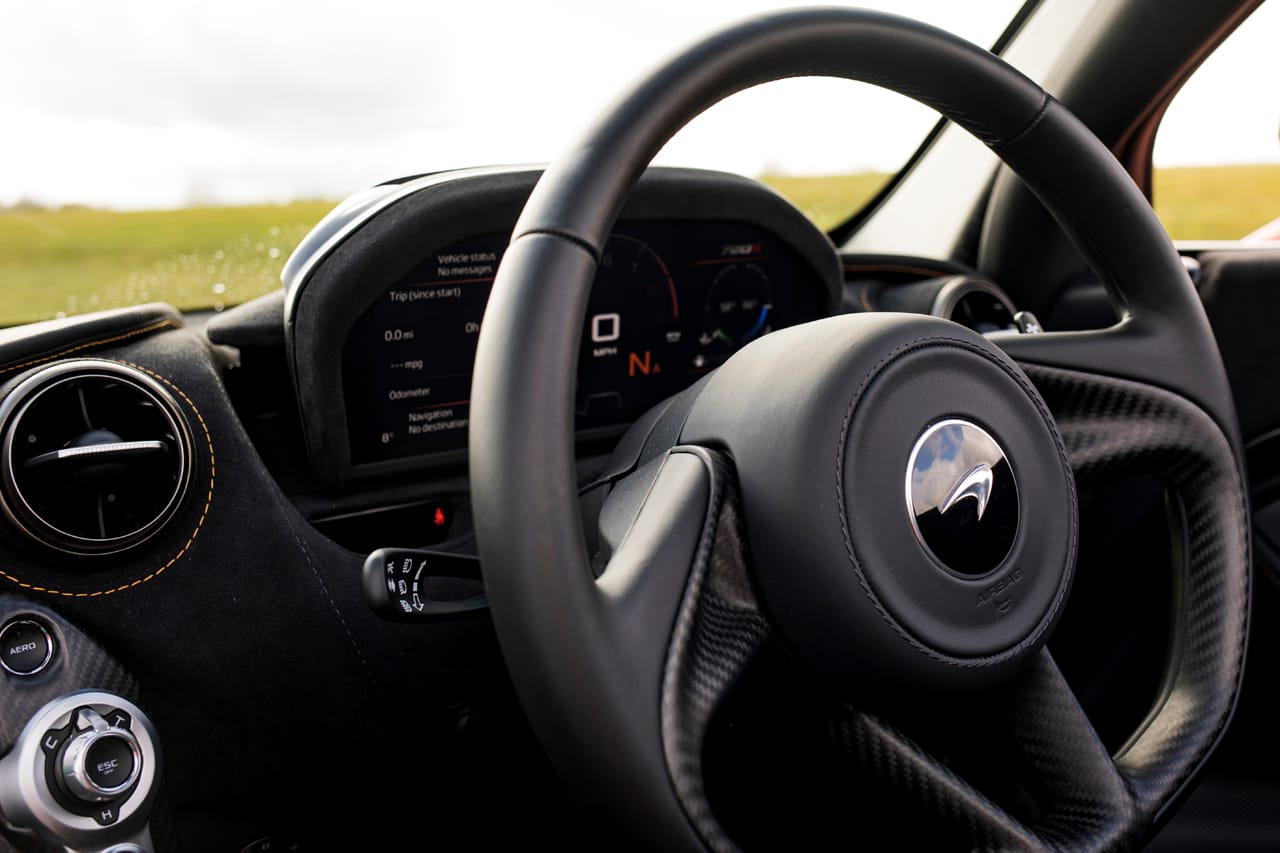 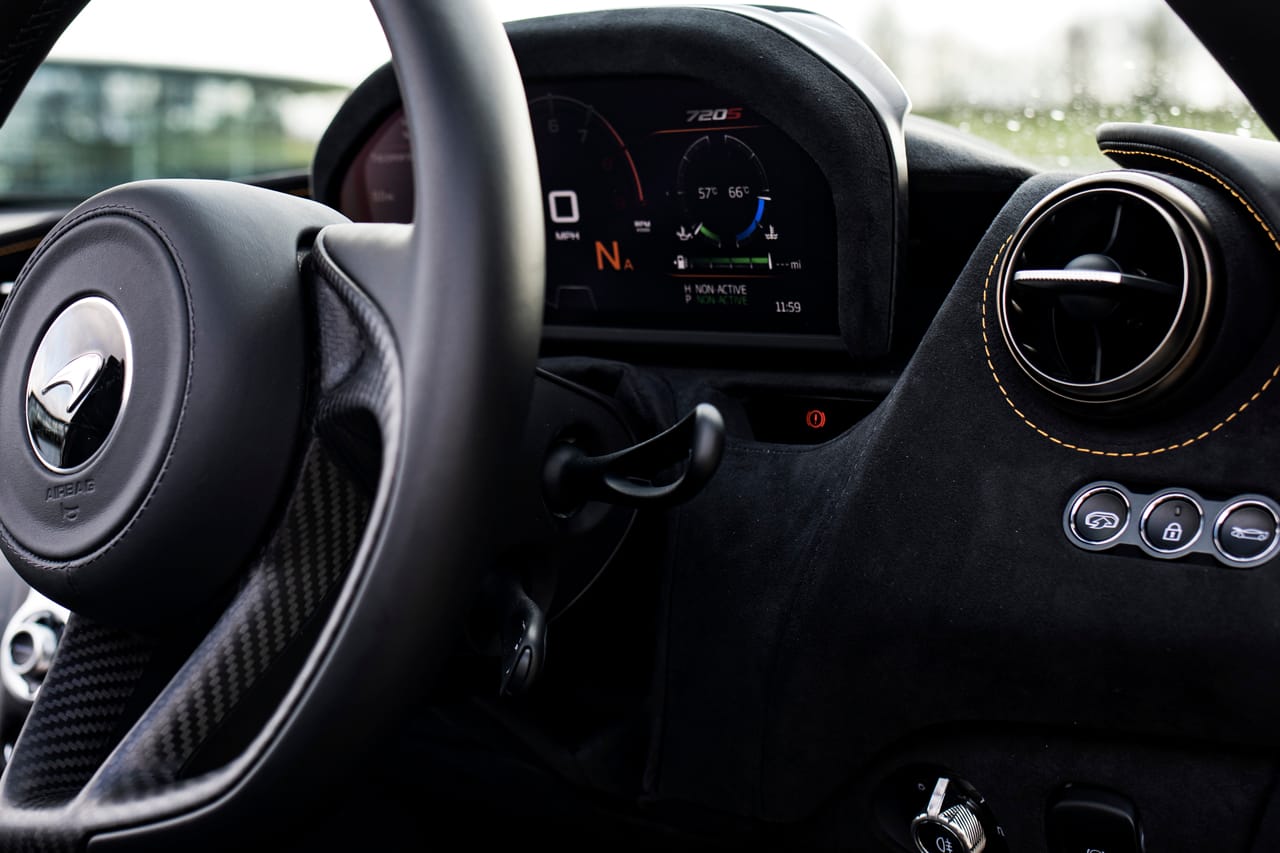 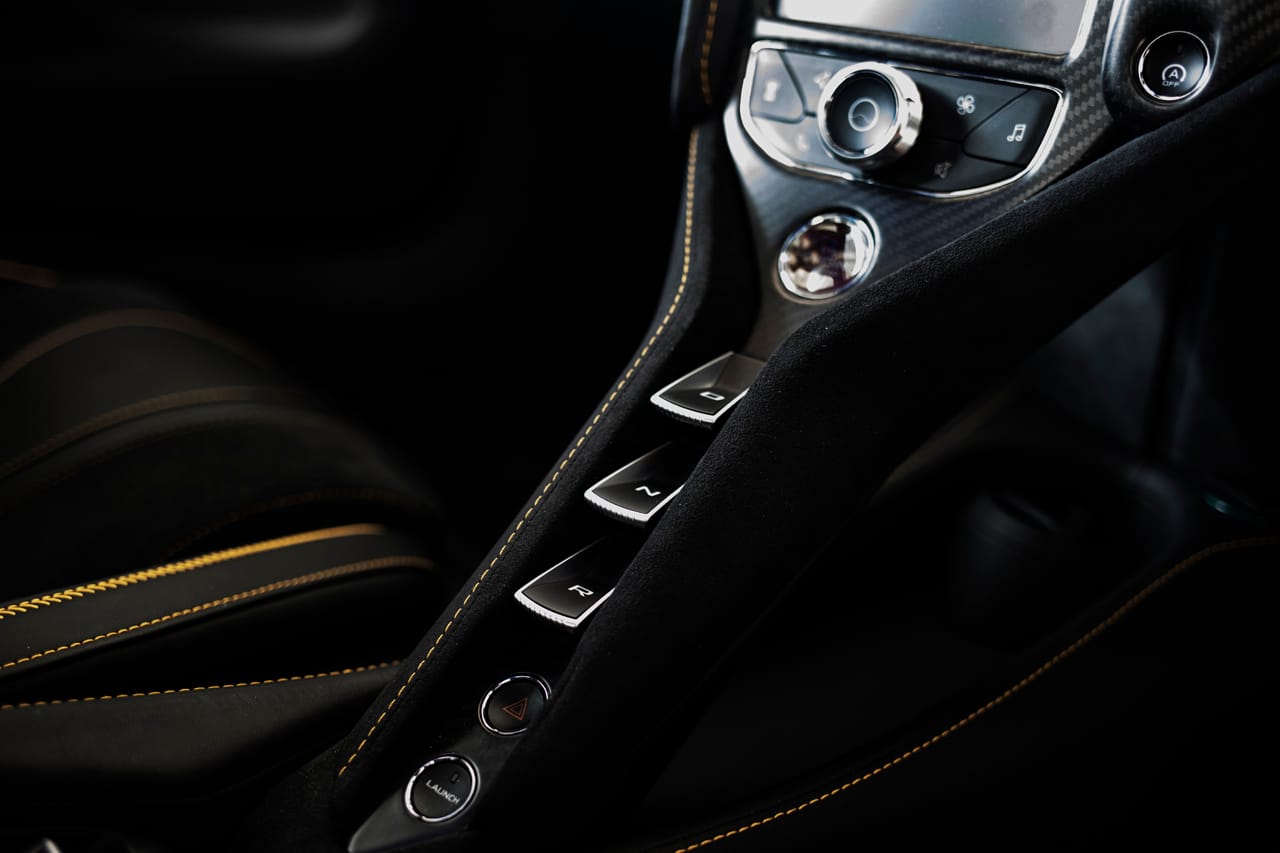 Although seemingly intimidating thanks to its low and wide stance, dihedral doors, and menacing soundtrack, the McLaren 720S is quite the contrary. It’s such a wonderful place to be that sometimes you forget what chaos lies beneath your right foot. With the infotainment screen positioned towards the driver and no distractions on the steering wheel, you sit hugged in the best position possible to make you feel part of the car. Exposed door sills forged from the one-piece carbon fiber MonoCage II tub make the cabin feel intimate at times, but ultimately give you the sense of a central driving position like the McLaren F1 or Speedtail, and it all comes together for a driving lesson like no other.

The McLaren 720S Spider isn’t just a supercar. This is McLaren’s science test for the road – it wants you to push the car to its limits. Just when you think you’re on the edge, the 720S provokes you to go even harder knowing full well that it won’t bat an eyelid, even though yours are probably shut tight. Sure, the wheels spin in third gear on a greasy road, some squirreling might happen under hard acceleration too, but knowing the tech that backs up this rear-wheel-drive rocket gives you the confidence to channel your inner McLaren F1 driver. The only problem HYPEBEAST had with the McLaren 720S Spider is having to give the keys back after our week behind the wheel.
Source: Read Full Article