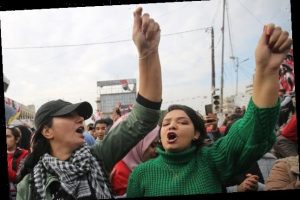 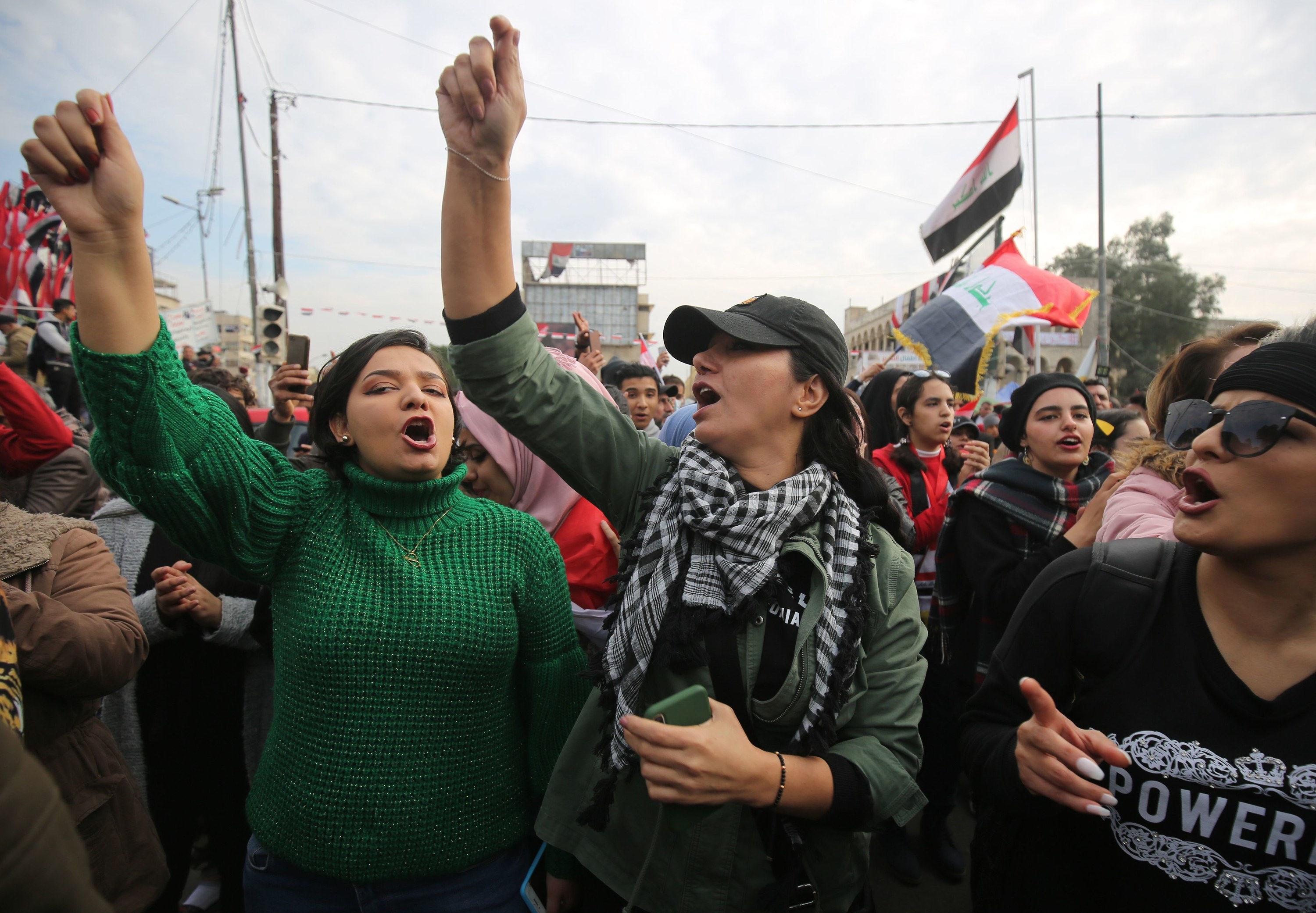 Many breathed a sigh of relief this week when it became clear there were no casualties caused by Iranian missile strikes on Iraqi military bases housing US troops. Some applauded Donald Trump’s ‘success’ in carrying out the targeted killing of a key Iranian military leader without experiencing immediate deadly retaliation. Pundit, professor and president of the Eurasia Group, Ian Bremmer tweeted it is “impossible not to call this a win” for Trump. In Iran, state media boasted of what it described as the stunning success of the country’s retaliation against America

But the 176 people killed on Ukraine Airlines flight 752 that took off from Tehran on the night of the attacks — shot down by an Iranian missile — are casualties of these reckless escalations. These “wins.” A debate has been raging about who is more responsible. Was it Iran, who accidentally downed the plane, or the US for setting this latest round of escalation off with an assassination? On some level, it doesn’t matter, because Iranian officials and their American counterparts both behave in a way that suggests a lack of any serious concern for the lives of the people who will die as a result of their posturing and machinations. And throughout the Middle East, ruling elites and their foreign backers place zero value on the lives of everyday people as they play their deadly games of Risk.

If you’d like to know why so many people in this region are angry, it’s this. It’s because they live in a world in which seemingly no one in power cares if they live or die — nevermind whether they live with dignity.

The US and Iran use Iraq as a battlefield for their long-standing rivalry with no regard for the cost to Iraqis. Donald Trump assassinated one of Iran’s top generals, Qassem Suleimani, ignoring the potential human cost of further destabilizing an entire country. For their part, Iranian officials have killed their own people in efforts to suppress massive protests. In other proxy fights, Suleimani was instrumental in Iran’s campaign to support Syrian president Bashar al-Assad’s brutal struggle to hold onto power, involving an array of war crimes leading to the deaths of hundreds of thousands of Syrians and the displacement of millions. Meanwhile, in the war against ISIS the US has leveled cities in Iraq and Syria. The US has also provided logistical support for the Saudi-led coalition in Yemen, which has committed an array of war crimes and brought about what the UN calls the world’s worst humanitarian crisis. Support for the war in Yemen began under Barack Obama. Many seem to forget this, but the world was awful before Trump became president.

It isn’t just the US and Iran who are responsible. In Libya, Yemen, Syria, Iraq and Afghanistan we find countries transformed into deadly playgrounds for competing powers, large and small. Aside from those already mentioned, the countries intervening either directly or by backing forces on the ground include the UAE, Russia, Qatar, Turkey, France, UK, Italy and Egypt. Moreover, in most countries throughout the region, local authorities themselves imprison, torture and even kill their own citizens if they choose to criticize or mobilize against them. This past year Iraqi security forces shot military grade tear gas canisters directly into the skulls of protestors. In 2013 Egyptian security forces massacred roughly 800 protestors in a single day. In 2018 Saudi Arabia murdered a journalist just for writing critical op-eds from abroad. In 2011 Bahraini security forces arrested and tortured doctors treating wounded protestors.

The common link that binds most powers in the Middle East is a comfort with this kind of brutality being inflicted on ordinary people — be it their own citizens, or somebody else’s. One result is the contempt many ordinary people have for their rulers; in 2019 an array of protests kicked off across the region, with those taking to the streets consistently condemning both their rulers and the foreign powers interfering in their affairs.

The public sees through their governments’ past efforts to focus their anger on foreign entities or sectarian divisions. While they haven’t lost sight of external actors violating their sovereignty, they also know the people sitting in their presidential palaces and parliaments are central to the problem. They know what many are uncomfortable admitting: no one in power cares about them. Neither the rulers of countries intervening in their homelands, either directly or through proxies, nor their own officials. To many in power, the lives of the people who inhabit this corner of the world are mere pawns in their strategic machinations, posturing and game theory experiments.

There are many countries peddling absurd myths about this, myths that insult the intelligence of their audience. While the EU talks about human rights and solidarity, its efforts to externalize its border has led it to fund Libyan militias that have captured, imprisoned and, at times, sold into slavery migrants trying to reach Europe. Saudi Arabia has been broadcasting its new drive to modernize and improve its record on women’s rights while it imprisons and tortures Saudi women’s rights activists, like Lojain al-Hathloul. Russia has insisted its forces in Syria are at the invitation of the “legitimate” government, but even if one were to untenably accept a mass murderer as legitimate, Russia is also backing Khalifa Haftar in Libya who has no comparable legal legitimacy. Even Canada, which ‘courageously’ tweeted a criticism of Saudi Arabia’s rights record, simultaneously sold armored vehicles to Saudi Arabia, the country responsible for the crisis Yemen.

Adding insult to injury is the gross incompetence of these nudist emperors. None of them are winning. Saudi Arabia has been humiliated in Yemen despite all of its advantages. The US is negotiating its withdrawal from Afghanistan with none other than the Taliban, and may be on the verge of getting expelled from Iraq. Assad may come to rule over the scorched, divided and emptied remains of Syria — almost certainly permanently beholden to second rate foreign powers who can’t afford to rebuild the country. From Lebanon to Iraq, protestors, including Shia protestors, are demanding an end to Iran’s interference. In Egypt, President Sisi’s regime believes itself to be so fragile that it went apoplectic over some viral videos on Facebook in which a B-grade actor living in self-imposed exile in Spain condemned corruption and called on Egyptians to protest.

Many of the region’s governments fail to show even a basic interest in their people’s well-being, and neither do the foreign governments who intervene, often with untenable claims of doing so in the interests of peace and stability. Yet, despite all this — perhaps because of it — the people of this region continue to risk everything and fight to live in a better and more just society.

Timothy E. Kaldas is an independent risk adviser and nonresident fellow at the Tahrir Institute for Middle East Policy.