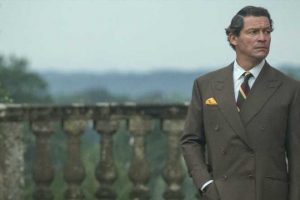 Netflix’s The Crown has showcased most of the royal history. In a teaser for season 5, it promises to tackle some of the most well known and controversial moments in the lives of Queen Elizabeth II, Prince Charles, and Princess Diana.

It seems like an apt time for an update on Netflix’s The Crown, given that the second Elizabethan age has now come to an end following the death of Queen Elizabeth II.

The Crown truly is Netflix’s crown jewel, with the show’s popularity rising more than 800% in the UK following the news of the Queen’s passing, so it’s not surprising that Netflix has decided to give us a small teaser of what’s to come, as well as a release date for season five.

Given that this season is expected to cover the royal family across the 1990s, it’s likely the troubled marriage and subsequent divorce of Prince Charles and Princess Diana will be at the forefront and, based on the short first look released by Netflix, that appears to be very much the case.

In the teaser released as part of its global fan event, Tudum 2022, we catch glimpses of Dominic West’s Prince Charles and Elizabeth Debicki’s Princess Diana preparing for seemingly separate TV interviews, alongside a voiceover that shares the statement from Buckingham Palace announcing their divorce. Shown through a series of tight close-ups of details that include Diana’s engagement ring and solemn expressions from both Charles and Diana, the atmosphere seems tense and ominous.

It’s thought to allude to Diana’s now famous and controversial Panorama interview with Martin Bashir in 1995, which is rumoured to occupy a full episode in itself. Prince Charles also found himself at the centre of a media storm after confessing to being unfaithful to Diana in a 1994 interview with Jonathan Dimbleby.

It’s also our first real look at the new Charles and Diana, with Debicki looking eerily similar to the former princess as she gets ready for her interview.

Season four breakout star Emma Corrin was widely praised for their portrayal of the young princess, taking on challenging aspects of Diana’s character such as her eating disorder and difficult adjustment to royal protocol. Debicki, however, is a star in her own right, having made a name for herself with prominent roles in The Great Gatsby, Widows and Tenet.

“Princess Diana’s spirit, her words and her actions live in the hearts of so many,” Debicki said in a statement. “It is my true privilege and honour to be joining this masterful series, which had me absolutely hooked from episode one.”

The Crown season 5: Netflix has just cast a major star from Emily In Paris

Although season four was dedicated to focusing on the budding relationship and early marriage of Josh O’Connor’s Charles and Emma Corrin’s Diana, a number of notable and dramatic events within the family took palace in the 90s, including the Queen’s ‘annus horribilis’ (horrible year) in 1992, which involved the disintegration of marriages for three of her four children and a fire at Windsor Castle.

Although it’s not certain how many of these dramatic events will get significant screen time in season five, images from the set have confirmed that certain key moments, such as the iconic ‘revenge dress’ reveal and Diana’s final public appearance before her untimely death in 1997, will be featured across the episodes.

Netflix’s The Crown: Your most Googled questions about the show, answered

In keeping with the cast rotation on the show, many of the lead roles will be helmed by different actors to keep up with the time jump. The role of the Queen will be played by Harry Potter alumna Imelda Staunton, who will be joined by the likes of Jonathan Pryce, Lesley Manville, and Jonny Lee Miller, playing Prince Phillip, Princess Margaret, and then-prime minister John Major respectively.

Although filming was temporarily halted as a gesture of respect for the late Queen, this doesn’t seem to have affected the premiere of season five. With the release date now set for 9 November 2022, it seems we won’t have to wait much longer for another dose of the royal drama.

Season five of The Crown will be released on Netflix on 9 November 2022 in the UK.