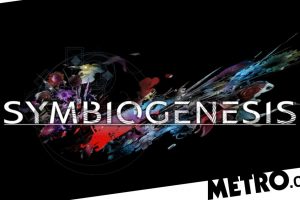 Symbiogenesis has turned out to be a new Square Enix NFT project, disappointing Parasite Eve fans and the community in general.

Last week, it was discovered that Square Enix had filed a trademark for something called Symbiogenesis, which all seemed very exciting at the time.

Given the word choice and the recent surge in horror game remakes (such as Resident Evil 4 and Silent Hill 2), many believed/hoped that this was for a remake of 1998’s Parasite Eve. Or at least something related to the series, which has been dormant since 2010’s The 3rd Birthday.

In what can only be described as a double whammy of disappointment, not only is Symbiogenesis completely unrelated to Parasite Eve, but it’s also an NFT project.

Said trademark never actually mentioned Parasite Eve by name, but symbiogenesis is an actual evolutionary theory that served as the basis for the original Parasite Eve book that the game is a sequel to.

Square Enix will likely never answer this question but why use that word for the title if it’s got nothing to do with Parasite Eve? Perhaps the simplest answer is that those involved didn’t realise the possible connection or just forgot Parasite Eve is a Square Enix IP.

Announced via an incredibly vague Twitter teaser, Square Enix calls Symbiogenesis a ‘brand new entertainment content set in a self-contained world where a wide cast of characters symbiosis, all of which can be collected as digital art.’

It does sound like there is a game buried under all this, since Square Enix mentions completing missions to solve an ongoing mystery, although it may be something closer to an ARG.

All Square Enix says is that the NFTs you acquire can be used for social media profile pictures and ‘as a character in a story that takes place in an alternate world where the player can ’untangle’ a mystery by completing missions that revolve around questions of the monopolisation and distribution of resources.’

Square Enix has talked repeatedly about getting more involved with NFTs and blockchain technology. President Yosuke Matsuda reiterated his commitment to them very recently in a statement to investors, while also admitting there aren’t any significant successes yet. No doubt he hopes Symbiogenesis will be what breaks the mould.

While NFTs have proven profitable in the past, most of the money they make tends to come from wealthy people who purchase them as an investment, with the intention of selling them off at a profit.

There are also numerous examples of games companies jumping on the train and almost immediately jumping back off following large outcries from their communities, highlighting how much regular gamers hate them.

Team17, for example, cancelled its NFT plans only a couple days after announcing them. Even Ubisoft, despite being one the most prominent NFT supporters at the beginning of the year, has largely given up talking about them in public now.