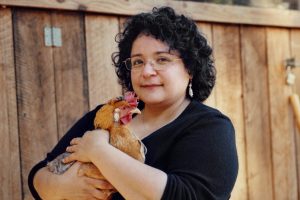 Half a dozen. That’s how many times the composer Gabriela Lena Frank reckons she has visited the grocery store since the coronavirus hit in late winter. She and her husband have otherwise been able to fend for themselves: Their 15-acre farm in Mendocino County, Calif. — laid out in Inca-style terraces on a redwood-rich mountain slope — is home to chickens, bees, vegetable patches and dozens of fruit trees.

As weeks stretched into months this year, her kitchen became a laboratory for culinary experiments: Wild dandelions proved a hit, as did acorn tortillas. “That’s the kind of thing that sustains me,” she said in a recent phone interview.

In a normal year, the farm would also have been bustling with young composers. Since 2017 it has been the home of the Gabriela Lena Frank Creative Academy of Music, an innovative training institution that aims to foster diverse compositional voices. The core program is a yearlong apprenticeship spread over multiple short visits, but the academy also nurtures performers and facilitates commissions for its graduates. The virus forced its activities online, but even without a pandemic, the smoky haze from the recent wildfires in the region would have made in-person work difficult. 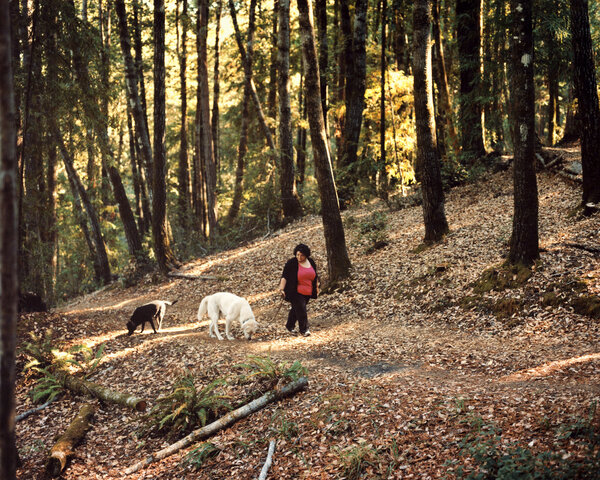 The classical music world has seen many creative initiatives around climate change in recent years. But few artists have examined the environmental impact of their own practices. Ms. Frank, 48, said she has long been concerned about the music industry’s business as usual.

“I built a substantial career on flying,” she said. “Even before the pandemic, I thought, ‘We have to do some things remotely.’”

She added that the increasing ferocity of the wildfires in the West has made her realize the danger of climate change “is here and present and it needs to be grasped.” Fighting it, she said, “is going to define the second half of my life.”

Diversity and sustainability have been preoccupations for Ms. Frank, who was honored this month with a $250,000 Heinz Award, given in a variety of arts and policy disciplines. Her work celebrates the varied roots of a family tree that includes her Peruvian mother, a father descended from Lithuanian Jews and a Chinese great-grandfather who sold supplies to Andean miners. In her music it’s the Peruvian heritage that comes through most clearly, with folk melodies woven into high-spirited pieces full of vibrant colors, slicing rhythms and volatile textures that contract, swell and warp.

She often subverts aural expectations. A string quartet might briefly conjure the sound of pan flutes through clever use of harmonics. In “Ritmos Anchinos,” written for the Silk Road Ensemble, a Chinese pipa takes on the guise of a charango, a Peruvian mandolin. Her “Sonata Andina” for piano is muscular, playful and cheerfully combative.

The piano was her chosen instrument — even before she could hear. Her near-profound hearing loss was only detected when she was 4 and a teacher who had experience with deaf children noticed the way she interacted with the kindergarten classroom’s piano. Until then, she had been a happy but quiet child.

Ms. Frank said she vividly remembers the moment she was set up with hearing aids. “The air just came to life when they turned it on,” she said. “It was like ‘whishhh.’ It was like I had grown another hand.” She started speaking days later.

She studied composition at Rice University and earned her doctorate at the University of Michigan; commissions around the country followed. But while her career blossomed, she felt her outsider status keenly: a woman of Latino descent with a disability. And she saw how difficult it was for others to pry open the gates.

In founding her academy, she set out not only to nurture new voices but also to encourage alternative musical careers, grounded in activism and service. In Boonville, where her farm is, she teaches evening classes and volunteers at the local middle school, which serves many children of undocumented agricultural workers.

She hopes more musicians will embrace opportunities to work in their communities, dislodging received notions of career prestige. “If we put just as much time into setting up models for a young violinist to tutor at an impoverished school,” she said, “and make that just as important and wonderful as winning a competition, then we would be better able to handle crises like this one.”

One graduate of Ms. Frank’s academy is Iman Habibi, an Iranian-Canadian pianist and composer who was commissioned by the Philadelphia Orchestra to contribute a work this year in honor of the 250th anniversary of Beethoven’s birth. In a phone interview, Mr. Habibi recalled being at first taken aback when he received the academy’s schedule. It contained relatively few musical events, he said. Instead, time was set aside for nature hikes and communal cooking. Ms. Frank’s opening question to each member of the group also came as a surprise: “Who are you?”

Mr. Habibi said, “She has this gift for making the focus on the human, rather than technical.” Unlike in a traditional conservatory setting, he added, Ms. Frank emphasized that “our stories are just as important as our art, and it’s just in the context of who I am that my music makes sense.”

Ms. Frank has funded the program through private donations and is able to offer scholarships to 90 percent of participants. The course connects composers with instrumentalists in order to develop ideas away from the pressure of deadlines — “like a scientist receiving money for pure research,” she said. Experiments are encouraged.

“We get rid of the shame of wrong notes,” she said. “We make good food and I say, ‘You get to make mistakes here.’”

Ms. Frank opens the door to applicants who might not gain entry to standard conservatories. In 2017, Anjna Swaminathan was a violinist deeply conversant in Carnatic music. But, she said in a recent phone interview, she assumed composition was closed to her because she came out of an oral tradition. Ms. Frank, though, encouraged her to apply. The mentorship, Ms. Swaminathan said, taught her how to read and write music, but also how “to create a dignity and ownership around my own voice while navigating new territory.”

Just a couple years later, Ms. Swaminathan has written a string quartet for the Orchestra of St. Luke’s and an evening-length solo work for the violinist Hyeyung Yoon. On Nov. 16 she will premiere two works as part of the program “Rivers Above, Floods Below,” livestreamed by Roulette, the Brooklyn performance space.

Almost as soon as Ms. Frank graduated the first cohort, she found herself brokering commissions from ensembles hungry for new, diverse voices. “I’m a mini agent,” she said. She is developing an extension of her academy to facilitate these connections.

“She’s got this nurturing charisma about her,” Ms. Swaminathan said of Ms. Frank. “All the good things about motherhood and femininity and familiarity are brought into this scary space. Her home is in the middle of a mountain. There’s dogs everywhere, and chickens. It shows you that music making is an earthly thing, so why not connect to the earth while we make it?”

END_OF_DOCUMENT_TOKEN_TO_BE_REPLACED

END_OF_DOCUMENT_TOKEN_TO_BE_REPLACED
We and our partners use cookies on this site to improve our service, perform analytics, personalize advertising, measure advertising performance, and remember website preferences.Ok