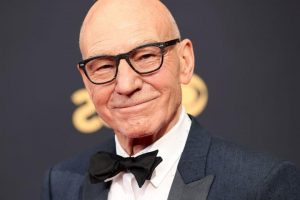 Prior to the release of Doctor Strange in the Multiverse of Madness, Patrick Stewart‘s voiceover in an early trailer sent fans in a frenzy, eagerly awaiting the return of Professor X.

Stewart seemingly said goodbye in the 2017 film, Logan when his character dies. However, when Disney purchased 20th Century Fox in 2019, it gave the character new life for the rebooted Marvel Cinematic Universe. In a recent interview with Stewart, he talked to Variety about returning to the role,

“I was grateful for it, because I could think refreshingly about who he was and how he related to others. Just like Star Trek: Picard, I was a little unsure at first if it was a wise thing to do. Given that Logan had been such a powerful movie and we watched him die in Hugh Jackman’s arms. So having seen [Doctor Strange 2] on Monday night, I’m very happy and very proud that I’ve been part of that.”

The 81-year old continued to reminisce about his iconic role and hinted that it might not be his last time. It remains to be seen if he will reprise his role in other MCU projects.