It’s hard to believe that nine years ago, the world lost Paul Walker in a tragic car accident. The Fast & Furious star has been fondly remembered by friends, family, and co-stars as one of the sweetest people on the planet. Meadow Walker, who had just turned 15 weeks before her father’s passing, recently shared a touching tribute commemorating her father on this anniversary.

“9 years without you. I love you so much my angel,” Meadow captioned a throwback black-and-white photo of her father helping her line up a bowling shot as a child. A young Meadow smiles as her dad holds the bowling ball with her.

The tender father-daughter moment had fans extending their condolences and disbelief that it has been nearly a decade since his death. “We all miss him. So sorry. Can’t believe it’s been 9 years,” commented one. “What a man and a dad!!!You were so lucky to have him 😍😍😍😍😍 His soul is in you,” added another.

Walker’s Fast & Furious co-star Vin Diesel, who walked Meadow down the aisle at her wedding in her father’s absence, also posted a throwback photo with the late action star. “Nine years… love you and miss you,” Diesel captioned a photo of the two leaning against a car and smiling.

“He’s just one bend ahead of us,” commented one fan, alluding to the racing franchise that brought Walker and Diesel together.

“No matter where you are, whether it’s a quarter mile away or half way across the world, you’ll always be with me. And you’ll always be my brother,” commented another, directly quoting Diesel’s F&F character Dominic Toretto in Furious 7. 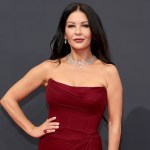 Walker tragically died in a car crash on November 30, 2013, at the age of 40. Even though his life was cut off far too quickly, it is clear he has people who cherish the short time they had with him to this very day.

Before you go, click here to see which celebrity kids lost their parents too soon.