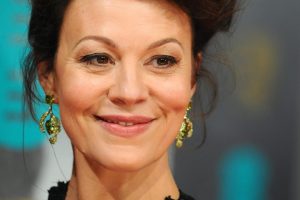 The team behind Peaky Blinders have paid a touching tribute to the late actor Helen McCrory as they wrapped filming for the last time.

Last month, Damian Lewis broke the tragic news that his wife, the celebrated actor Helen McCrory, had passed away of cancer at the age of 52.

Best known for her memorable film roles in Harry Potter, The Queen and Skyfall, as well as TV shows such as Quiz, Roadkill, and Peaky Blinders, McCrory was loved both for the incredible characters she portrayed in front of the cameras as much as the person she was behind them. Honest, compassionate and unwaveringly committed to charitable causes, her Feed NHS project, aimed at providing hot meals to frontline workers during the pandemic, raised over £1 million during lockdown. She was, quite simply, a star.

It was her role as fearsome matriarch Polly Gray in Peaky Blinders, of course, which saw McCrory take the spotlight in recent years. An original cast member since the series started in 2013, aunt Polly was the linchpin of the Shelby clan; and in a tribute shared by the official Peaky Blinders Instagram in the wake of McCrory’s passing, it was clear that the actor was a treasured part of the off-screen family, too.

“As a person she was off-the-scale charismatic, and deeply caring. We feel so privileged to have worked with her over the last decade.”

Although it’s still unclear whether McCrory’s beloved character will appear in the sixth and final series of the crime drama, filming has now officially wrapped, with the crew paying tribute to the late actor.

In a photo shared on Instagram by the show’s director Anthony Byrne of himself, assistant director Jon Midlane and photography director Mathieu Plainfossé, a clapper board can be seen bearing an illustration of McCrory in her character as Polly Gray.

In a previous post, Byrne explained how, even in her absence, McCrory’s presence was kept alive on set.

“This is our ‘A’ camera board and Polly Gray is always in front of our cameras,” he wrote.

“This board was designed by @lo_marie_s a super talented tattoo artist in Manchester. It has meant a huge amount to me and the crew on Peaky to have an image of Helen on set with us everyday.”

In a new interview with the Guardian, Cillian Murphy, who stars as Tommy Shelby, spoke movingly about how he was “in awe” of his late co-star.

“She was my closest colleague on Peaky, and one of the finest actors I’ve ever worked opposite,” he said when asked what McCrory meant to him.

“Any material, any scene… she made it special. She could do power and vulnerability, one after the other. She was just so cool and fun, and had such compassion for everyone she met. I was kind of in awe about how she lived her life – the way she balanced her work and her family so beautifully.”

As we wait patiently for news on how things might wrap up in Peaky Blinders, here’s everything you need to know about sixth and final season.