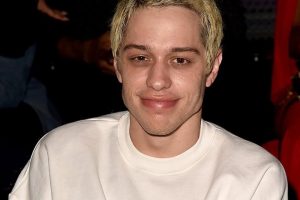 Man of the moment Pete Davidson is said to be heading to space, blasting up on Jeff Bezos‘ Blue Origin as part of the company’s fourth flight.

Davidson is known for his SNL sketches, but more recently has become the center of attention under Kanye West‘s continued and relentless crusade on Kim Kardashian following the former couple’s divorce. ‘Ye and Davidson’s correspondence has been extensively covered on social media, and the latter has also been at the receiving end of Kanye’s supporters, leading Davidson to remove his then just-reactivated Instagram account.

Regardless, it seems as if Pete Davidson and Kim Kardashian are now Instagram-official, and following on from this news, the comedian is set to board the New Shepard on March 23, which will be live-streamed at 6:30 a.m. PT/8:30 a.m. CT. He will be joined by Marty Allen, Marc Hagle and Sharon Hagle, George Nield, and Jim Kitchen, who will fly to the edge of space for just 15 minutes.