‘Peter Grimes’ Sails on Choppy Seas of Brexit and the Pandemic

A production of Benjamin Britten’s opera at the Teatro Real in Madrid highlights the difficult new conditions for British artists working in the European Union. 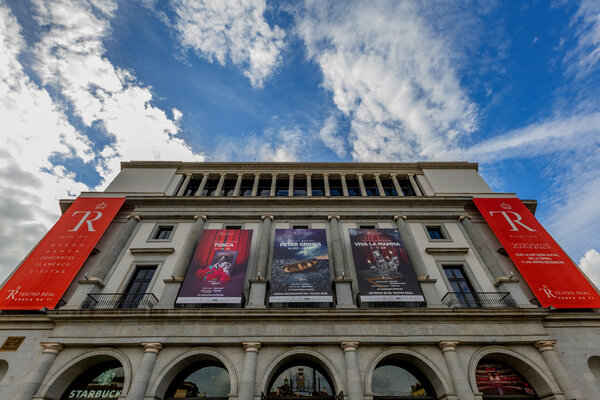 MADRID — In a new production of “Peter Grimes” that premiered at the Teatro Real opera house here on Monday, the people of an English seaside town wave the British flag, and pack into a pub seeking shelter from a sudden downpour.

Benjamin Britten’s 1945 opera about an ill-fated fisherman is one of the most quintessentially English works in the opera repertoire, but Britain’s recent exit from the European Union, coupled with a travel ban and other restrictions triggered by the coronavirus pandemic, has made staging it in Madrid a journey across choppy and uncharted waters.

“Having to deal with Brexit and the pandemic at the same time was diabolical,” Joan Matabosch, the artistic director of the Teatro Real, said in an interview.

The show is a coproduction with three other theaters, including the Royal Opera House in London, where it is scheduled to play next March, and 17 people had to travel from Britain to Madrid for rehearsals and performances. Almost all the production’s lead singers are British, as is its director, Deborah Warner.

Until Jan. 1, while Britain was in a transition period after its departure from the European Union, British performers could work throughout the bloc without visas. Since then, they have to apply country by country for entry visas and short-stay work permits. Each E.U. member state has set its own requirements, making it even more complex for artists who want to tour the continent.