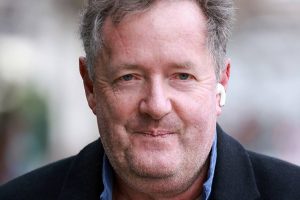 Piers Morgan is not over his feud with Meghan Markle.

The TV host has taken to Twitter today to call Markle a liar yet again, proving their ongoing feud is still going strong.

Morgan shared an article on Twitter which claimed to list all the times Meghan and Harry contradicted themselves during their interview with Oprah Winfrey.

The Private Eye article listed the 10 moments from the interview it described as “logical fallacies”.

Among other things, it casted doubt over Meghan Markle’s claims that she was suicidal, by saying: “As an American actress and friend of Hollywood celebrities, I did not have the phone number of a therapist.”

Morgan, who once said he was “ghosted” by Markle after the two met up at a pub, was very pleased with the Private Eye article, sharing it with his followers and describing it as “nice work”.

His Twitter followers were divided in their reaction to his tweet, with some adding to the list of what they consider “logical fallacies”, while others suggested it’s time for Morgan to let it go.

Morgan left his job by walking out of the set of Good Morning Britain after he branded Meghan an “absolute disgrace” and said he didn’t believe a word she said in her interview.

His comments on the show generated more than 41,000 complaints from viewers.