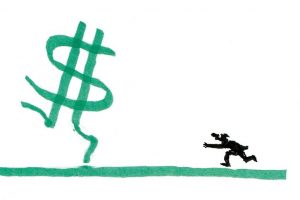 Some days you feel like this. Maybe after watching the news that George Floyd was killed. Remembering that Eric Garner, too, could not breathe on an American street, under the hold of American police. And you wonder what poetry says to any of this. Afaa Michael Weaver’s “American Income” is a kind of answer. A noticing of it all, how sometimes it feels that your suffering is the path to someone else’s enlightenment, how sometimes, under the weight of it all, you fail where you would rather love. Or, as Weaver says of Black men, sometimes we keep “the weeping heads of gods in their eyes.” 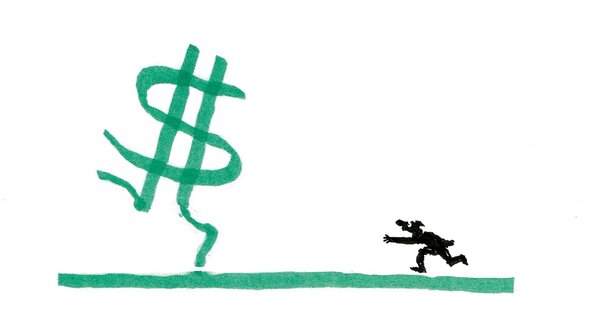 The survey says all groups can make more money
if they lose weight except black men . . . men of other colors
and women of all colors have more gold, but black men
are the summary of weight, a lead thick thing on the scales,
meters spinning until they ring off the end of the numbering
of accumulation, how things grow heavy, fish on the
ends of lines that become whales, then prehistoric sea life
beyond all memories, the billion days of human hands
working, doing all the labor one can imagine, hands
now the population of cactus leaves on a papyrus moon
waiting for the fire, the notes from all their singing gone
up into the salt breath of tears of children that dry, rise
up to be the crystalline canopy of promises, the infinite
gone fishing days with the apologies for not being able to love
anymore, gone down inside Earth somewhere where
women make no demands, have fewer dreams of forever
these feet that marched and ran and got cut off, these hearts
torn out of chests by nameless thieves, this thrashing
until the chaff is gone out and black men know the gold
of being the dead center of things, where pain is the gateway
to Jerusalems, Bodhi trees, places for meditation and howling
keeping the weeping heads of gods in their eyes.

Reginald Dwayne Betts is a poet and lawyer. He created the Million Book Project, an initiative to curate libraries and install them in prisons across the country. His latest collection of poetry, “Felon,” explores the post-incarceration experience. In 2019, he won a National Magazine Award in Essays and Criticism for his article in the magazine about his journey from teenage carjacker to aspiring lawyer. Afaa Michael Weaver is a native of Baltimore. When he received a 1985 National Endowment for the Arts Fellowship, he stopped working in factories. He has published several award-winning collections of poetry, including “The Plum Flower Dance” (2007), where this poem appeared, and the recent “Spirit Boxing.” In 2014, he was awarded the Kingsley Tufts Poetry Award.

END_OF_DOCUMENT_TOKEN_TO_BE_REPLACED

END_OF_DOCUMENT_TOKEN_TO_BE_REPLACED
We and our partners use cookies on this site to improve our service, perform analytics, personalize advertising, measure advertising performance, and remember website preferences.Ok