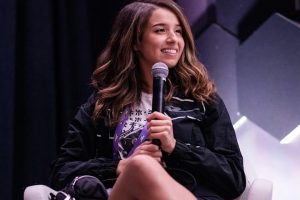 Imane Anys, known online as Pokimane, is currently the 8th most followed streamer on Twitch and the most popular female streamer on the platform. Best known for her video game content in which she streams games such as Valorant, League of Legends and Fortnite, Pokimane is also a founding member of OfflineTV, an online entertainment group for digital creators, and a Forbes 30 under 30 recipient.

Anys recently announced that she is co-launching a talent management and brand consulting firm named RTS in which she will serve as Chief Creative Officer. Having experienced the difficulty of growing a following and transitioning into becoming a full-time streamer, Pokimane and RTS seek to fix what’s broken in talent management and brand partnerships in the gaming and esports world.

“I keep seeing amazing creators that are doing wonders with their content and streams, but they don’t have the support to grow their brand and business operations. They’re spinning their wheels on basic stuff and taking a lot of frustrating partnership deals that don’t work out for either party involved,” said Anys in a press release. “I’ve gone through the wringer with these experiences, and we’re building RTS to be able to provide the support, alleviate the workload, and solve this for creators, developers, and brands. My goal is to take my years of experience and make it accessible to newer creators so they don’t need to go through the process I have endured.”

Anys is supported by a diverse and experienced team of individuals in the streaming and gaming industry including former Twitch and Endeavor executive Stuart Saw who will serve as CEO, former Blizzard and Endeavor executive Kim Phan as COO, and others from companies such as PUBG Corporation, Pax, and Turner Sports.

RTS currently manages the Evolution Championship Series (Evo) with Sony and works with brands such as Epic Games/Fortnite World Cup and Facebook.