Home » Entertainment » Pop in the Era of Distraction

Pop in the Era of Distraction

One of the most widely praised releases of 2018 was “Whack World” by the singer and rapper Tierra Whack: 15 sly, smart songs, all accompanied by video clips, that each lasted only a minute. They went breezing by, lightheartedly addressing large ideas while alluding to decades of R&B and hip-hop. Her music was often skeletal — a handful of looped instruments — but most of the songs sounded complete, not truncated.

It was a miniature tour de force, and enough to get Whack noticed by the Grammys (which, with typical befuddlement, nominated an earlier, more conventional track, “Mumbo Jumbo,” for best music video). In its deceptively casual ambition and ruthless brevity, “Whack World” had a brilliant strategy for combat in the attention economy: keep things short and visual. 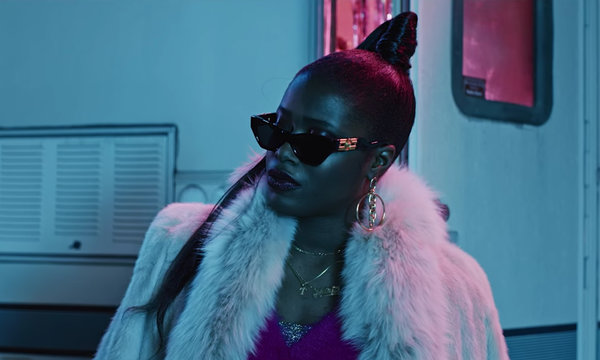 Because, really, who has time for music?

Listeners have work, or school, or both, and work in the internet era has grown infinitely expandable past 9 to 5. Because so much music now arrives via streaming, controlled on a screen, music also has to share attention with everything else on that screen: texts, social media, videos, alerts, news feeds, games, searches, maps, maybe one more check on that work email. Perhaps some single-minded listeners can set all those distractions aside, but they’re a minority.

Musicians face countless distractions of their own. The internet shattered the old album cycle of studio seclusion (for audio recording, and then for audio plus video) followed by promotion and touring. That prospect seemed freeing at first, since music could appear when inspiration struck, in any grouping or length.

Along came the unintended consequences. Without the routine expectation of, say, a 12-song album every two or three years, the internet looms as a giant, insatiable maw, constantly demanding more content with less payback. YouTube and streaming have made each song a click rather than a purchase — and not even a click with autoplay, prefab playlists and algorithmic “discovery” (which actually pushes toward more of the same niche) guiding the way. In that endless stream, the idea that a song is a thought-out, carefully distilled utterance was bound to erode.

Add another factor: social media. The initial promise was increased connectivity, a way to reach and respond to fans quickly and candidly: no gatekeepers, no filters. But for most pop aspirants, the result has been the end of creative seclusion. There’s pressure to keep offering new material, musical and nonmusical, making the promotional cycle as endless as the internet workday. Maybe it’s a song snippet or a glimpse of a video shoot. Or maybe it’s a Twitter feud, a media-ready screed on Facebook or a fashion experiment on Instagram.

As marketing, it’s relatively low-budget — and democratizing — but the potential for distraction is boundless. Billie Eilish, a 17-year-old songwriter who has been releasing ominously compelling songs about desire and intimate betrayal since 2016, tabulates 24 million listeners monthly on Spotify and tours internationally as a headliner. But she will be just getting around to releasing her debut album in 2019. In the meantime, she gathers about two million likes each time she posts a pouty photo on Instagram. Musicians aren’t exempt from the gamified, instant-gratification metrics that keep users on social media, and the narcissism that often goes with being a performer might make them even more susceptible.

Technology and distribution mechanisms — the guitar, the microphone, the LP, radio — have always shaped music. Now, social media and streaming are rewarding a rapidly changing skill set. It’s a different kind of career that makes music just one part of a pool of cultural content: aural, visual, textual, entrepreneurial. That model grew out of hip-hop. But in the social media age, the career path is different. Cardi B was a stripper turned sassy social-media figure who made her public pivot into hip-hop on a reality-TV series. She has been rapidly and diligently improving her singing, rapping and writing, but at the same time, she has kept her snappy social-media presence in full force.

Pop celebrity has always demanded a certain amount of spectacle, from magazine photo sessions to video clips. But now, social media is pushing that spectacle to become continuous, intimate and hyperactive on multiple fronts. Performers gather shards of attention into a multimedia mosaic that’s presented like a soap opera coupled with a surveillance log: evidence of authenticity that can turn forensic. Daniel Hernandez, the rapper known as 6ix9ine, flaunted a gun-toting tough-guy image in raps and on social media — he has nearly 16 million Instagram followers — but has ended up charged with real-world gang activities, with prosecutors citing his social-media postings.

For the 21st-century pop figure, songs are part of the mix, but so are romances and breakups, professional rivalries and reconciliations and countless rumors and memes that might be generated by the stars themselves, their fans or their trolls. Which in turn feed back into the next round of songs.

Perhaps, in a culture that’s constantly staring at a small screen, music was bound to be pushed aside. Songs that become massive streaming hits often sound unfinished, a looped riff and a vocal with a few tweaks. They fit into playlists that go by unobtrusively as background music; they are the ticktock of a soundtrack to everyday life. But songs can also have a higher profile. They can astound us with timbres never heard before and rhythms that kick and shake; they can tell us things we weren’t sure we knew.

And there is an audience for them. As the perceived value of recorded music has dropped nearly to zero, people have been willing to pay more and more each year for live concerts — where the music is the main thing in the room, where distractions are minimized. According to figures from the concert-promotion magazine Pollstar, for the top 100 tours of 2018 alone, gross revenues worldwide were $5.6 billion and average ticket prices rose from $84.63 in 2017 to $93.65 this year. In North America, the leap was even greater, from $78.91 to $92.50. Music can still be a central, overwhelming experience. We just have to put away the phones.